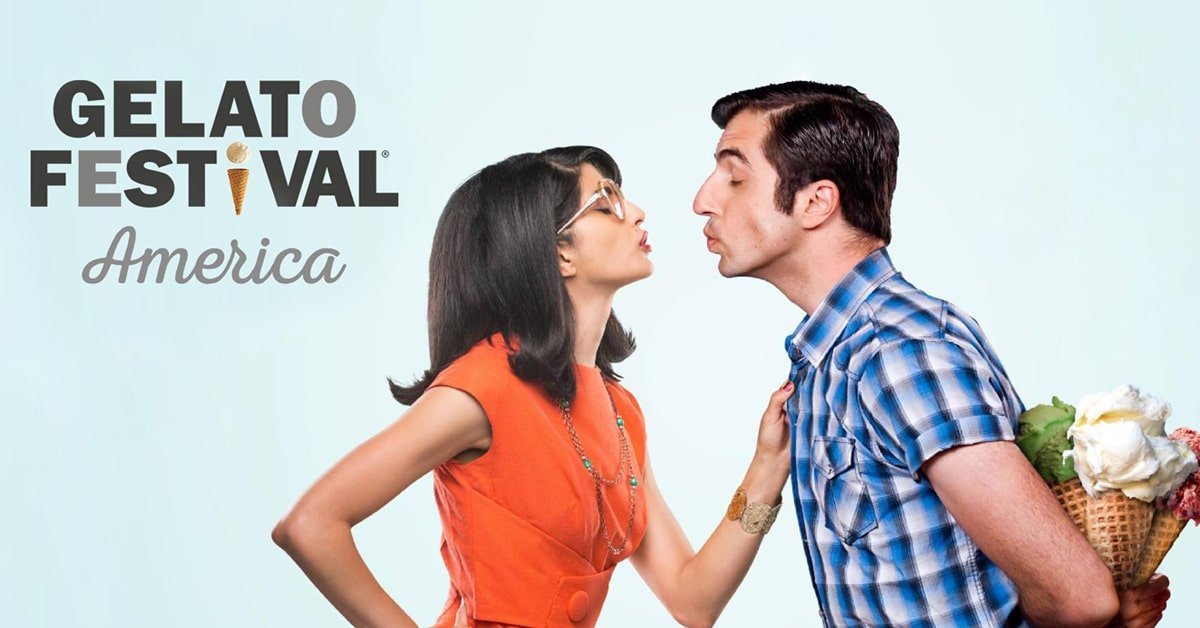 The first ever Gelato Festival was held in Florence in 2010, and the first ever American stage will continue in Santa Barbara, CA, from October 20 through October 22. Now with the support of SIGEP and Carpigiani, the Gelato Festival America welcomes Gelato Artisans from around the world to compete with their special flavors, especially created for the Festival. Their flavors, all of which are more healthy alternatives than every other frozen dessert, are made from fine, carefully selected ingredients blended in classic, bizarre and imaginative combinations. All flavors will be made using only spring water from Sedona provided by purelysedona.com and fresh organic fruit and vegetables provided by westcentralfoodservice.com.

The winner will be chosen by two panels, each of which will account for 50% of the vote: a panel of technical experts composed of journalists, media members, and sector experts and a panel composed of all the members of the general public taking part in the Festival.

Here are the 10 competitors for the Gelato Festival in Santa Barbara:
1. Sicily Orange Sunrise by Maurizio Melani from Heladeria Véneta, in Spain. His limited-time flavor will feature Sicilian oranges.
2. Tropical Blast by Spin Mlynarik from Black Market Gelato in Hollywood, CA, will be a fresh tropical flavour.
3. Spicy Green Paradise by Mattia Ortelli from Gelato-go in Miami, FL, will bring a unique creation.
4. “Ode to Autumn” by Noël Knecht from Colibrì Gelato in San Clemente, CA, will capture all the warm and flavorful sensations of the autumn weather.
5. Blood Orange by Robert Sigona from Gelotti in Paterson, NJ.
6. Fresh Love by Bruno Couto de Matos from Frio Gostoso in Brazil.
7. Vegan Pink Pear & Ginger by Antonio Carrozza from Latteria Italiana in Miami, FL.
8. Shade of Rose by Salvatore Bonomo from Nonna Rosa in Los Angeles, CA.
9. Maíz Dulce Borracho by Marcello Mennone from Gelati Gioia in Tampa Bay, FL.
10. Roasted Green Tea with Crunchy Mango by Michele Brown from Brook Hollow in Dallas, TX.

The Gelato Festival will be held at the La Cumbre Plaza Mall in Santa Barbara. Everyone in attendance will be able to taste all the gelato and cast their vote for their favorite flavor. There will also be unique flavors by PreGel America and WhyGelato.com, authentic flavors by Carpigiani Gelato University and gastronomic sorbet by Sogno Toscano for everyone to sample.

The Festival not only features fresh and tasty gelato, but the festival is open to the public all weekend and will include plenty of activities and contests for all ages. There will also be educational opportunities at the Gelato School where you can learn about what it takes to become a Gelato Chef!

John McCabe, Regional Area Manager of Carpigiani North America, said, “Artisan gelato, known as fresh food produced daily by skilled gelato chefs, is gaining an international recognition over the last few years as a distinctive element of Made in Italy like pizza, pasta and espresso. The partnership with Gelato Festival and its development in the U.S. as a strategic market strengthens our long-term plans to provide the best support possible to the gelato artisans and their creativity.”

Patrizia Cecchi, Italian Show Director with Italian Exhibition Group, the company formed by the merger between Rimini Fiera and Fiera di Vicenza, explains, “SIGEP, the world’s leading International Trade Show of Artisan Gelato, Pastry, Bakery and the Coffee world, organized annually in Rimini at the end of January, has a great belief in the American market. A market full of opportunities at every level of the product chain, from professional gelato makers and those of the future to companies producing and manufacturing products and equipment. Taking the SIGEP brand to the United States of America will enable to create business opportunities and international connections for the benefit of the sector’s enterprises. We shall all wave the flag of an Italian-made icon, promoting its acknowledged values of quality and wholesomeness.”

“PreGel is honored to be part of such an amazing event,” begins Anna Pata, Director of Sales & Marketing, PreGel America. “For 50 years, PreGel has has been dedicated to being a driving force in the gelato industry. And since establishing a presence in America in 2002, spreading the culture of gelato in the American market through training and education has been a benchmark of our company,” Pata continues. “We are steadfast in helping the consumer market understand what gelato is, how it’s different from traditional American ice cream, and why gelato is worthy of a space in the culinary culture here. Events such as Gelato Festival and our sponsored website WhyGelato.com help to amplify our voice and reinforce this message to the American consumer market.”

On Monday morning (October 23rd) All leftover food will be donated to the Santa Barbara Food Bank- http://foodbanksbc.org/

Other cities on the tour for 2017 are: Tucson and Scottsdale, AZ. Tickets are available online with discounts up to 10% in advance. For more details and to purchase tickets, visit gelatofestivalamerica.com/ticket.