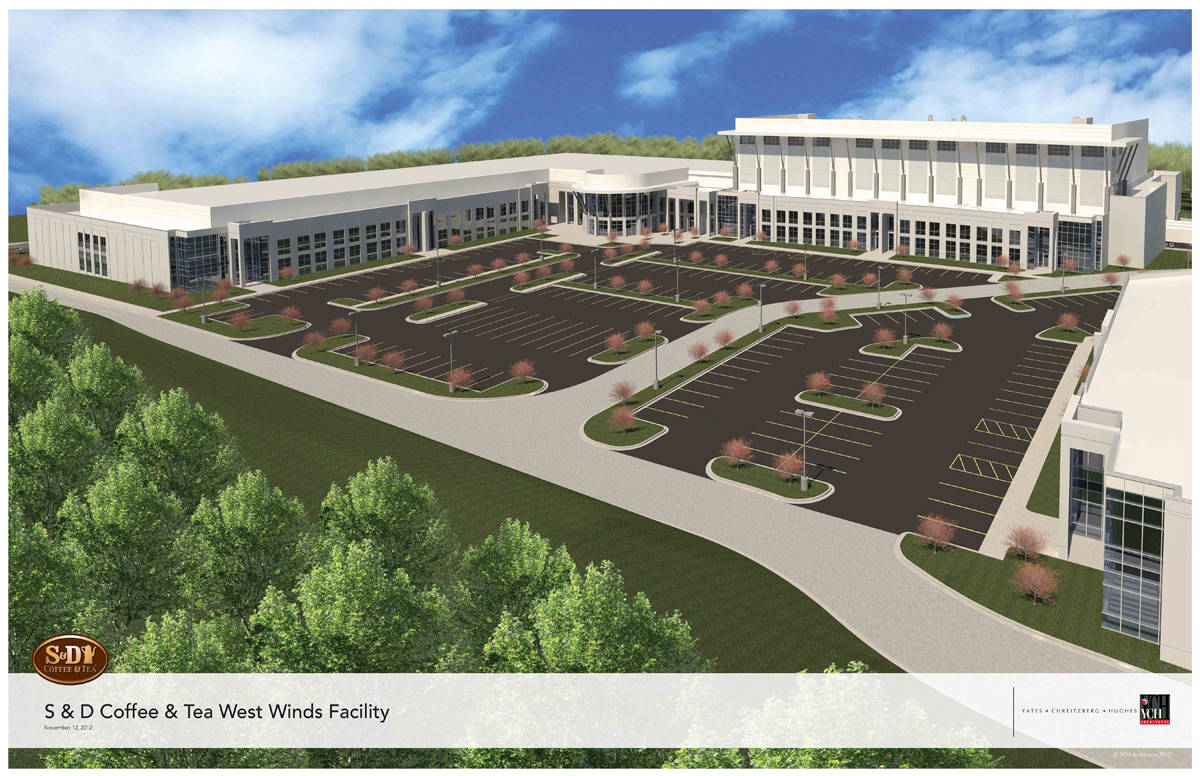 [wpg width=”300″ height=”194″ align=”right”]Concord, N.C. – Today, S&D Coffee and Tea is pleased to announce an expansion that will add two new facilities immediately and generate 200 new jobs over the next five years. It is estimated that the expansion will have a $48 million economic impact in the area. Expansion incentives were approved yesterday by the State of North Carolina, the City of Concord and the County of Cabarrus.  (Final closing on the expansion properties is pending completion of S&D’s due diligence.)

The expansion sites at 7955 and 7975 West Winds Boulevard in Concord (near the Concord Regional Airport) will expand S&D’s capacity for coffee, tea and extracts production. S&D looked at a number of potential sites in North Carolina and other states, but settled on Concord in Cabarrus County. The new locations are close enough to capitalize on synergies with headquarters’ manufacturing and staff support, but far enough away to provide redundancy as a prudent risk management measure.

“Our business continues to grow and expand at a time when many companies have struggled,” said Ron Hinson, chairman of the board and president and CEO of S&D Coffee and Tea. “We thank the state of North Carolina, Cabarrus County and the city of Concord for their tremendous support.  It seems fitting that S&D’s bright future as a premier national manufacturer will continue in the same community where we have been since 1929.”

John Cox, president and CEO of the Cabarrus Regional Chamber of Commerce and Cabarrus Economic Development Corporation, was equally pleased that S&D was able to stay in Concord. “S&D Coffee had the opportunity to take this business anywhere,” Cox said. “The location of this expansion was the most competitive perhaps in our history.  To have won the project is a testimony to a strong and talented workforce, a quality site, effective local leadership and a relationship of trust built over many years.  We look forward to the hundreds of new jobs created by S&D Coffee and Tea.”

“We’re proud that S&D Coffee has called Concord home since 1929,” added Concord mayor Scott Padgett. “S&D has a rich history in our community and has always offered good jobs to hundreds of people. They have emerged as a nationwide leader in the foodservice industry and we are excited that they are planning to expand to meet the needs of their customers and create even more jobs in Concord. S&D has maintained a hangar at Concord Regional Airport for several years and the location of this expansion will make the airport even more convenient for them. It is extremely rewarding that a locally grown company with a proven record of innovation through the development of new technology and products will continue to be a vital part of our business community for years to come.”

North Carolina governor Bev Purdue put an exclamation point on the S&D expansion news, saying, “Creating new jobs has been my top priority. One of the best ways to do that is by helping existing companies expand. We know we have a strong business climate and the skilled workforce that S&D Coffee needs to grow and flourish in North Carolina.”

Headquartered in Concord, NC, S&D Coffee and Tea is the nation’s largest custom coffee roaster and the largest blender of iced tea for the foodservices Industry in the United States. In continuous operation since 1927, S&D serves over 80,000 customers through national distribution and direct store delivery. In 2010, S&D added a state-of-the-art food innovations and ingredients production unit which extracts the flavors of coffee, tea and botanicals for use in iced coffee, shakes, ice cream, frozen desserts, energy drinks and other packaged and dispensed products. For more information about S&D Coffee and Tea, go to www.sndcoffee.com.