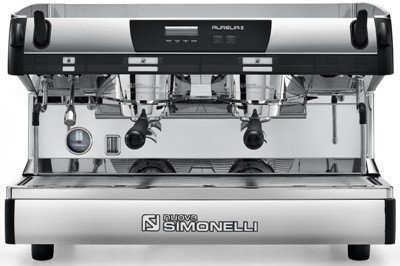 Three Aurelia II T3 Competition version machines will be made available to all baristas competing in Torino Coffee Excellence, on Friday, November 30 and Saturday, December 1 at the Maison Massena in Turin.

An intense two days are reserved for twenty professional baristas coming from all over Italy, who will literally put on a show with coffee, cappuccino and drinks of the highest quality, seeking to contend – under the watchful eye of international judges, specialist journalists and experts from the sector, including the North Italy Area Manager for Nuova Simonelli, Massimo Colombo – for victory and with it access to the final stages in Rimini.

The Piedmont selection, organized by the Italian Barista Championship and the Speciality Coffee Association of Europe (with the support of Costadoro Coffee and 9bar), will also be an opportunity for baristas to increase their knowledge and skills. The technology of the Nuova Simonelli Aurelia II T3 machines will do the rest, ensuring each competitor maximum control of the machine and very high customization to get a really perfect extraction.