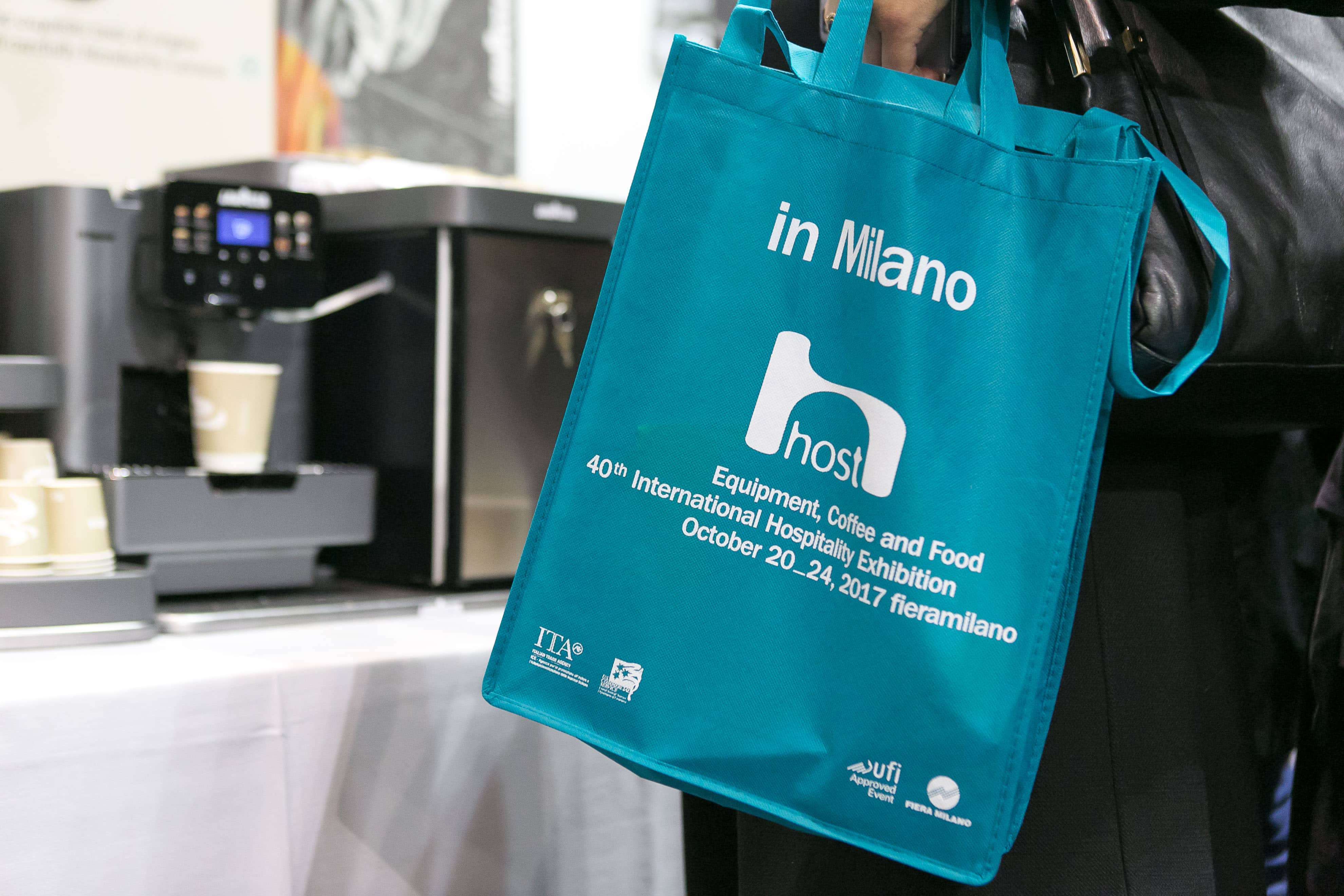 becoming one with Gelato & Pastry.

Milan, 20 October 2017 – Never as united, never as similar. From coffee in all its forms and preparations to the worlds of gelato and pastry, with their many creations destined for an increasingly large public. And then the universe of coffee machines and bar, where technological innovations go hand-in-hand with design and cutting edge customised solutions.

At HostMilano 2017, which opens its gates today until October 24, despite the crisis, the hospitality industry is presenting a clean bill of health. In fact the number of exhibitors in the Coffee and Tea area has risen by 16%, those in the Bar and Coffee Machines and Vending area by 7%, with the number of those offering Gelato and Pastry remaining stable. The macroarea that combines the sweet Gelato and Pastry areas with SIC – International Coffee Show – accounts for no less than 37.5% of the 2,165 companies present at the event overall.

The figures do the talking: all the indicators are preceded by a plus sign.

From coffee bean to coffee cup, not to mention the coffee machine: if it’s true that at HostMilano visitors can find everything required by the hospitality industry concentrated in one place, it’s also true that the exhibitors at Sic not only include the biggest names in the industry but also many smaller, up-and-coming companies.   All testimony to the vitality of a sector also confirmed by the latest data from UCIMAC, the association representing Espresso Coffee Machine Manufacturers and member of ANIMA-Assofoodtec.  Indeed, in Italy, the “Espresso coffee machine” industry reported a turnover of 445 million euro in 2016 with a 4.7% increase due in large part to the foreign market, and an almost similar outlook is earmarked for this year (+4.5%).  Exports are also on the increase (up 3.8% last year and 4.3% in 2017), with a new development: although the main target markets are still in Europe, there has been a sharp increase in the share gained by Asian countries, particularly South Korea and China.

But there is also good news from the Gelato and Pastry areas, where by now cones and cups are seen as products suitable for all seasons and all latitudes in many countries. As a result, the sector is growing, to such an extent that, according to MINTEL, in 2016, 13 billion litres of ice-cream were sold, with China, the USA and Japan leading the way as the largest markets. Italians eat their way through 6.5 kilograms of gelato and Italy produces the largest number of gelato machines, equating to a 325 million euro turnover, according to ANIMA-Assofoodtec.

The consumer of today will no longer settle for knowing where the raw materials come from and recognising their quality, which they automatically expect to be excellent, but now seeks something extra: an emotion, an experience.

Within this macroarea, we begin with the world of coffee, the perfect example of how the passion for raw materials, plain and simple, has led to new possibilities and types of consumption.  Wondering why? An espresso coffee is no longer the only option available, and the precious coffee bean can now be tasted in many shapes and forms, including blends and single-origin varieties and with the use of extraction techniques not known of until now. To put it simply, with coffee increasingly becoming an ingredient that is used in new ways, to such a degree that it has shot straight into the world of cocktails and is a regular in the world of cooking, the world of coffee-maker production has adapted to this trend. It has created equipment that is not only state-of-the-art but also capable of offering users an extra touch of design in line with the glamorous contexts in which they are used.

And a similar experience can be witnessed in the world of gelato. Although once the only flavours that existed were the traditional ones: mainly strawberry, chocolate and vanilla, today the sheer versatility of this food has been discovered and recognised. And indeed, in its savoury version, it also features during cocktail hour and is consumed all year round with zero mileage ingredients, and in the natural and vegan varieties. But above all, nowadays a great deal of importance is assigned to the gelato maker who, with  their creativity, and thanks to the use of innovative machines and tools, proposes brand new, personal combinations, perhaps fishing for ideas in local tradition. Because the strength of this food, as well as the fact that it is healthy, is its ability to present itself in line with the local tastes, ingredients, fashions and customs of its market, and this is the quality that is currently making it so successful worldwide.

When it comes to Pastry, now a key product with high added value, having remained at a standstill for years in a routine consisting of cakes and classic recipes, it is now making a real comeback. Now it flaunts the boldest, most sophisticated colours (and here the cake tins compete with one another to be the newest on the market), but most of all relies on the now widespread use of freezer technology, with new machines that ensure the product last longer, making it easier to standardise and increasing its organoleptic quality.     In this field too, technology has taken over the heaviest, most repetitive tasks, freeing talents and transforming the pastry kitchen into an increasingly creative, complex and original art.

The Experience Gallery: where coffee and gelato come together

An ideal bridge between two worlds that were once separate, but are today destined to influence one another, so much so that in many situations they become as one. Thanks also to the new trends of consumption and their worldwide dissemination, also in the form of artisan gelato, as well as to the creations of master gelato makers and pastry chefs famous both in Italy and abroad, the universes of Coffee and Gelato have joined forces at a considerable pace, complementing one another.  And indeed, this year, the Gelat and Pastry halls are more integrated with the Coffee hall than ever thanks also to The Experience Gallery (between Hall 10 and Hall 14) which unites two worlds that are more frequently finding themselves side-by-side in the same bar or restaurant. Rather than a bridge between these sectors, it is more of a place unto itself that allows visitors to explore the many faces of these industries thanks to two “piazzas” – the Coffee Plaza and the Sweets Trends Plaza – with a high emotive impact. One is dedicated to coffee and the other to gelato, but both are designed to express the embodiment of the world of HostMilano, hot on the heels of key concepts such as elegance, design and innovation.

Contests and competitions at HostMIlano 2017

One of the elements that makes HostMilano 2017 the undisputed reference point for the Ho.Re.Ca world is also its long programme of show cooking demonstrations, competitions, taste itineraries, round tables and professional head-to-heads. One big trend observatory where visitors can see the greatest master pastry chefs, the most expert barmen and women and also young designers at work live.

Visitors can admire the crème-de-la-crème of the profession as they work alongside up-and-coming chefs, as in every edition, there will be a number of competitions and contests showcasing challenges between talented young people and respected professionals in their industry.

All updates are available at: www.host.fieramilano.it, @HostMilano, #Host2017.