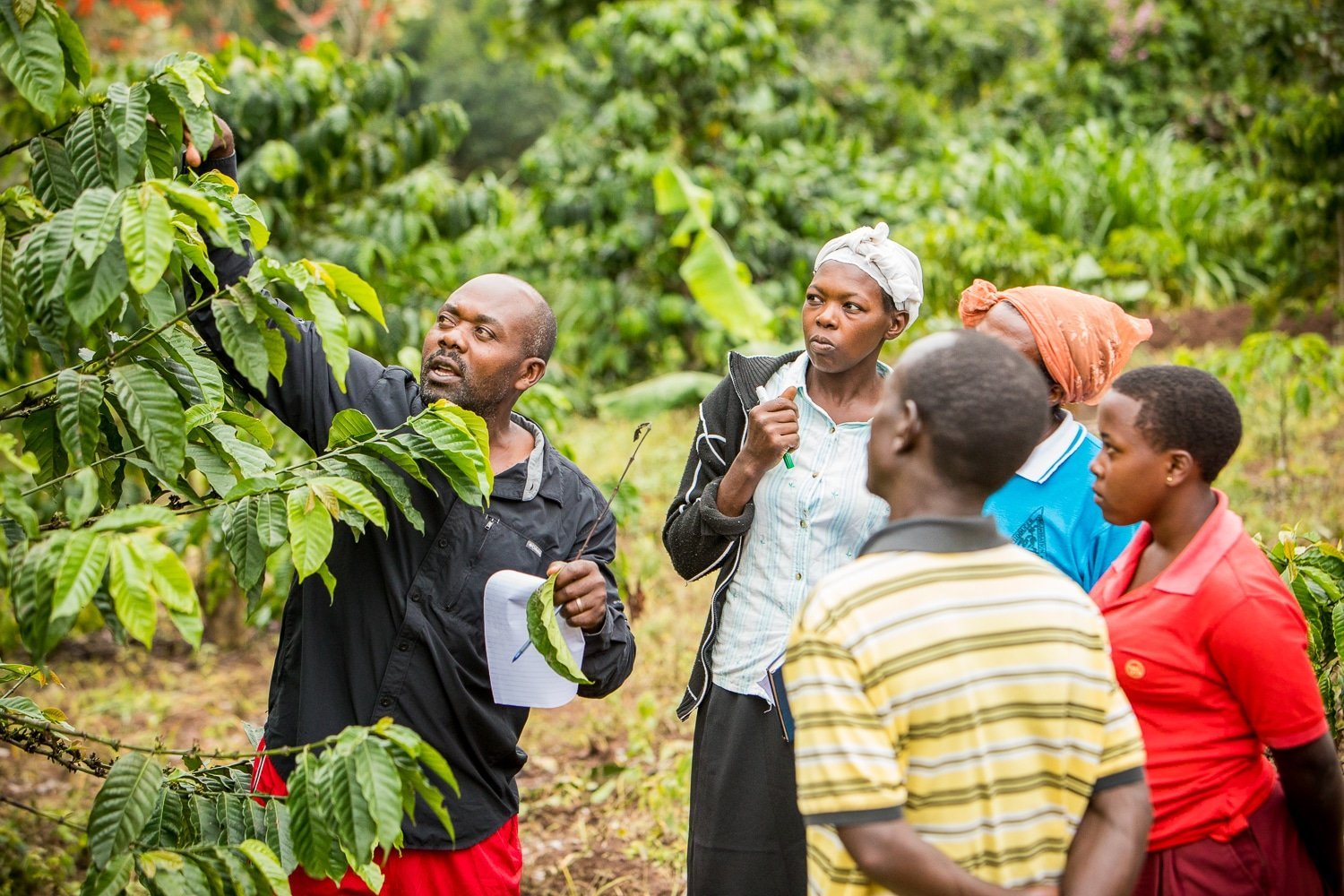 Good agricultural practices, higher yields, better incomes for coffee-producing smallholder farmers – with these goals Hanns R. Neumann Stiftung (HRNS) is starting to implement a new project in Uganda as part of a program of the Benckiser Stiftung Zukunft.

“In the project, 30,000 smallholder farmers are successively trained through an intensive training program. The program is designed so that they can implement the learned practices directly on their farms,” says Jorge Tiemeier, Project Manager at HRNS. Divided into groups, the farmers are taught agricultural know-how through exchange, observation, practical exercises and experiments. “We work at the village level with coaches who train and coach selected farmers as multipliers, so-called contact farmers. Individual farm visits complement the training sessions to motivate the adaptation of practices and to take observed problems in the training program into account,” explains Stefan Cognigni, Country Manager of HRNS in Uganda.

The recommended farming practices are first applied by the farmers themselves on demonstration plots to compare benefits and production costs. “To do this, they learn, for example, measures for soil improvement, pest control and effective pruning techniques,” explains Cognigni. The goal is to increase yields by at least 50 percent. In addition, the farmers receive business training in order to better manage their small agricultural businesses. The project starts in the Kiboga and Kibale regions. There, coffee is a major source of income for the population. An equally large group of farmers will be trained in a parallel project by TechnoServe.

Uganda plays an important role worldwide, especially in Robusta production. However, many of the approximately 1.7 million smallholder farmers in the country still live in poverty. The results of this program of the Benckiser Stiftung Zukunft will be evaluated by scientists from Harvard University and the International Food Policy Research Institute (IFPRI), with the aim of learning how the situation of smallholders can be most effectively improved.

In Uganda, HRNS has been implementing projects with coffee farmers and their families for 12 years and has to date reached more than 50,000 households. Worldwide, HRNS is active in numerous coffee producing countries, with the focus on the professionalization of farmers and the development of modern farmer organizations. Other focal points of work are climate change, the promotion of young people and a gender approach aimed at strengthening families.