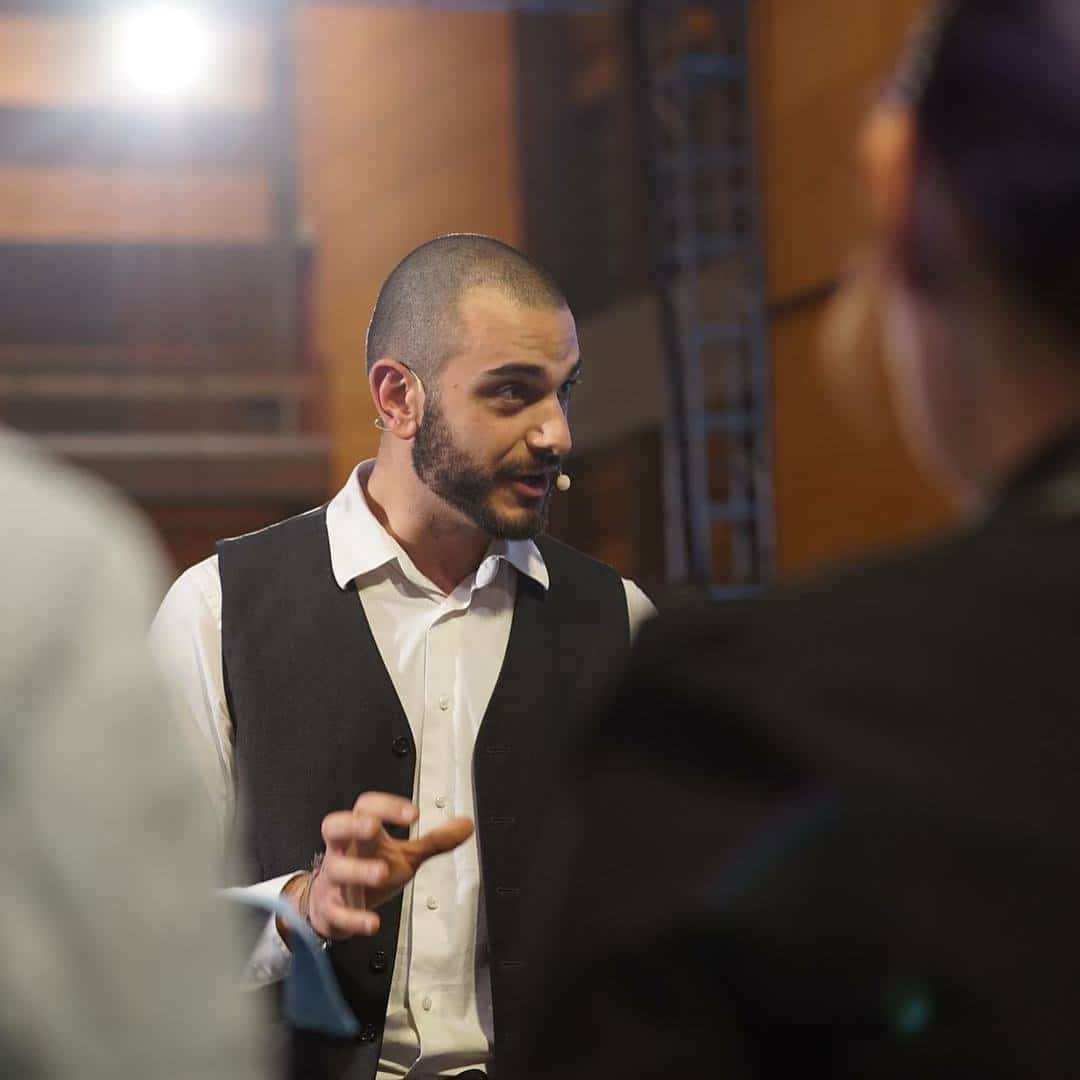 Masciullo represented Italy at WBC – World Barista Championship in Seoul, South Korea
Francesco Masciullo took Italy on the eleventh place of the World Barista Championship among 58 competing countries
“First time at the Wbc has been a great experience. To challenge great professionals is not easy but my result says that Italy can compete at great levels, if committed to it. But we need to invest in research..”
“I will compete again in the next italian championship”
Arezzo, 16 november – Francesco Masciullo, 2017 italian barista champion (he was crowned last january during SIGEP), took Italy on the 11th place, over 58 competing countries, at WBC, World Barista Championship, which ended sunday november 12 in Seoul, South Korea.

Masciullo, 26 years old, born in Salento but relocated in Tuscany, where he works for Caffè Corsini’s roastery for MasterBar school, and for Ditta Artigianale in Florence, was at his first worldwide experience; he went trough the eliminatory round and reached the semi-finals on saturday. The focus of his competition was the global warming and the presentation of a coffee with exceptional gustative features which are the result of an adjustment to different climatic conditions and the research of men.

In the final ranking, the first place went to Dale Harris, from the United Kingdom, followed by Miki Suzuki from Japan, Kapo Chiu from Hong Kong, Ben Put from Canada, Hugh Kelly from Australia and Kyle Ramage from the United States.

These are the first words of a very emotional Francesco Masciullo, who just came back from Seul: “My first time at the WBC was a fantastic experience. It’s hard to challenge such professionals, but my result says that Italy can do well in an international competition if this is approached with the right commitment. But we need to invest in research.. the feedback that I received from the judges has been very positive, and this is why I won’t stop and I will compete again in the next italian championship.”

Says coach Francesco Sanapo: “Masciullo demonstrated his world-level talent at the WBC, ranking with the best in the field at his first experience, at only 26 years old. He handled the stress of the competition really well and he was really able to communicate with the judges what was fundamental for him. I believe that he is an italian talent, someone that should be taken care of to represent the italian coffee scene, also because Italy – in these kind of competitions – always starts with one step back if compared to other countries. We need to realise that, in order to do better in these kind of competitions, we need more investments from everyone: these are no longer the competitions of ten years ago, behind every contender there are fullfledged teams of research and development and the final competition is the result of this work. Even though we spent an entire year of work over this competition, it wasn’t enough, but we still got a good result. I don’t know who else, in our country, could reach such a result because this competition in Italy is still seen as just a barista going to make coffees abroad instead of something that requires proper investments, while in other countries this is considered as the presentation of a research project. It’s a completely different vision, and this is why I’m astonished and happy regarding our result, since I’m totally aware of the value of the competitions of the other contenders.”

The last comment comes from Cristina Caroli, Sca Italia national coordinator: Francesco made us proud of his performance because during his routine we saw him resolve some problems that happened to him with such swift and improviational abilities that only a barista with an absolute control could express. His routine still preserved its initial impact and even though that wasn’t enough to reach the finals, that doesn’t mean that his performance has been any less charming or representative.”

As soon as his studies in Salento were over, Francesco Masciullo attended a barista class with Sanapo – thanks to Caffè Corsini – and from that moment his passion for coffee was born. Relocated in Florence, he worked there for three years at the end of which he moved again, this time in London, to master his skills in specialty coffee. After this experience, he moved back to Florence on the occasion of the grand opening of Ditta Artigianale in 2014, the first line of specialty coffee caffetterias in Italy dedicated to the conscious consumption of coffee, and to continue his collaboration with Caffè Corsini.