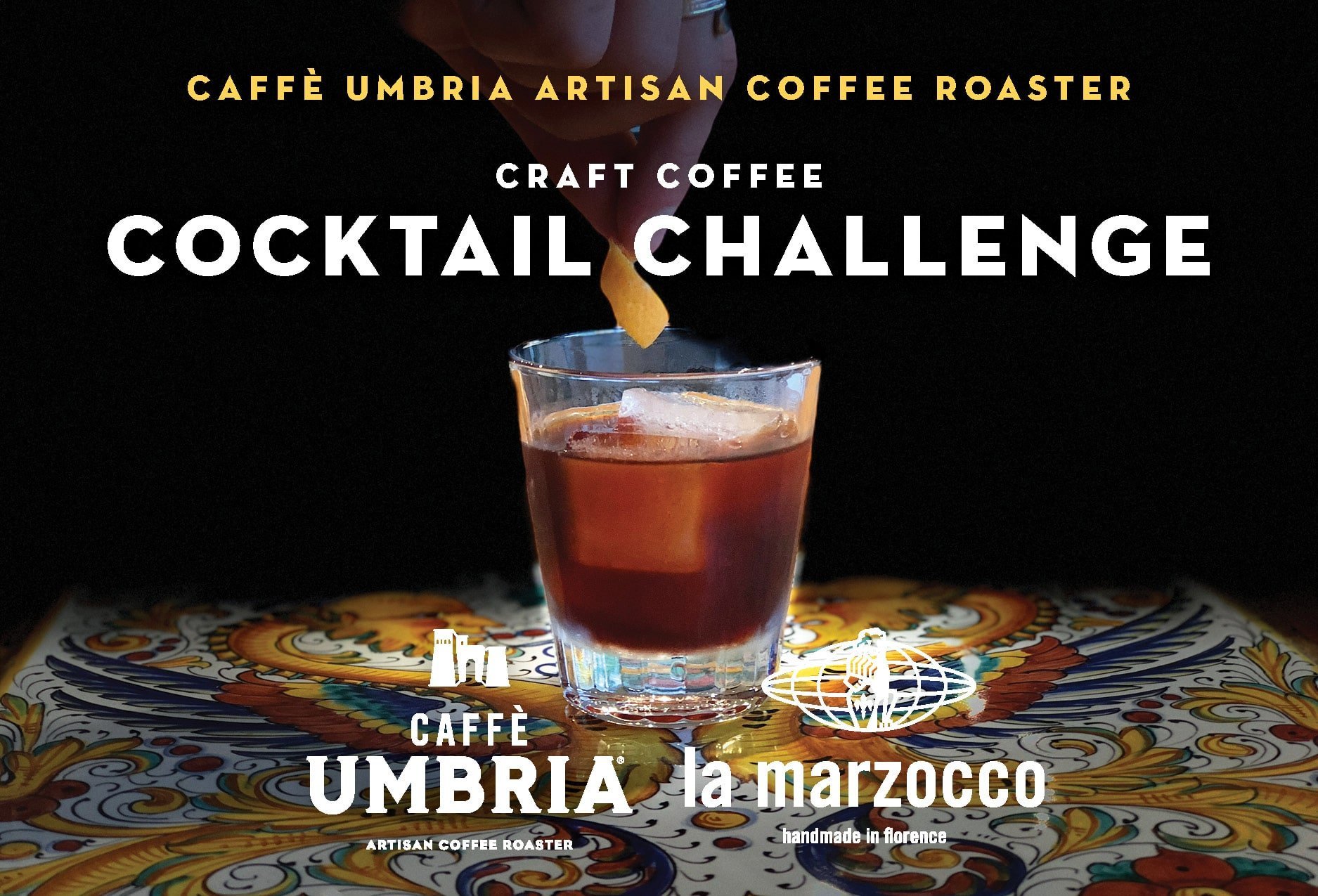 Caffè Umbria is the first Seattle roaster to be selected for an esteemed month-long residency at La Marzocco Café, a café featuring monthly, rotating coffees and coffee service, curated by leading coffee voices from around the world. From December 5- January 8, Caffè Umbria will take over La Marzocco, implementing a new menu and their signature coffee experience for guests. The residency kicks off with a Launch Party on December 6 from 6:00 – 9:00 pm, featuring a Craft Coffee Cocktail Challenge, specialty cocktails, live music and light snacks.

Bartenders, mixologists and baristas from the Pacific Northwest are invited to learn more and enter the competition through the official entry form, on or before November 30, 2017. Contestants will be judged on taste, coffee integrity, presentation, originality, personability, and professionalism. The winner will be selected by our panel of industry experts that includes 2017 Bartender of the Year Sabrine Dhaliwal and Roast Magazine’s Operations Manager, Claire Harriman. The prize package includes $500, social media coverage by La Marzocco & Caffè Umbria and more.

Party guests will also be entertained by live music from Sarah Gerritsen and The Shadow Catchers, and an international playlist by KEXP DJ Darek Mazzone. In the tradition of an Italian Aperitivo, a selection of cured meats, cheeses and appetizers from Metropolitan Market and pre-dinner cocktails will be served. Beverages include Caffè Umbria’s signature Cold Brew Tower Negroni and the unveiling of two limited editions for the holidays: a Barrel Aged Nitro, crafted from bourbon barrel aged coffee and Leone Blend, a modern espresso blend for the contemporary coffee enthusiast.

Throughout Caffè Umbria’s residency, La Marzocco baristas will feature Caffè Umbria’s take on some of Italy’s most time honored coffee traditions, as well as modern craft beverages designed in Caffè Umbria’s state-of-the-art coffee lab. A variety of classes and events, open to the public, are also planned through January 8. Details on classes will be posted online as we get closer to the residency.

About Caffè Umbria
Emanuele Bizzarri is a third generation Italian coffee roaster. He founded Caffè Umbria in Seattle in 2002, with partners Pasquale Madeddu and Jesse Sweeney. Equipped with a state-of-the-art roaster and a great passion for blending and roasting, the trio have both captured the traditions of Italian espresso and coffee, and added a modern touch from their headquarters in the Pacific Northwest, with the convenience and service of a local roaster. The company currently operates seven cafés in Seattle, Portland and Chicago.
Caffè Umbria’s west coast roasting facility is in Seattle’s South Park neighborhood, with a second roastery in Chicago serving the midwest and east coast. Caffè Umbria coffee can be experienced nationally at hundreds of fine hotels, restaurants, coffee houses, and specialty stores or purchased online at caffeumbria.com.