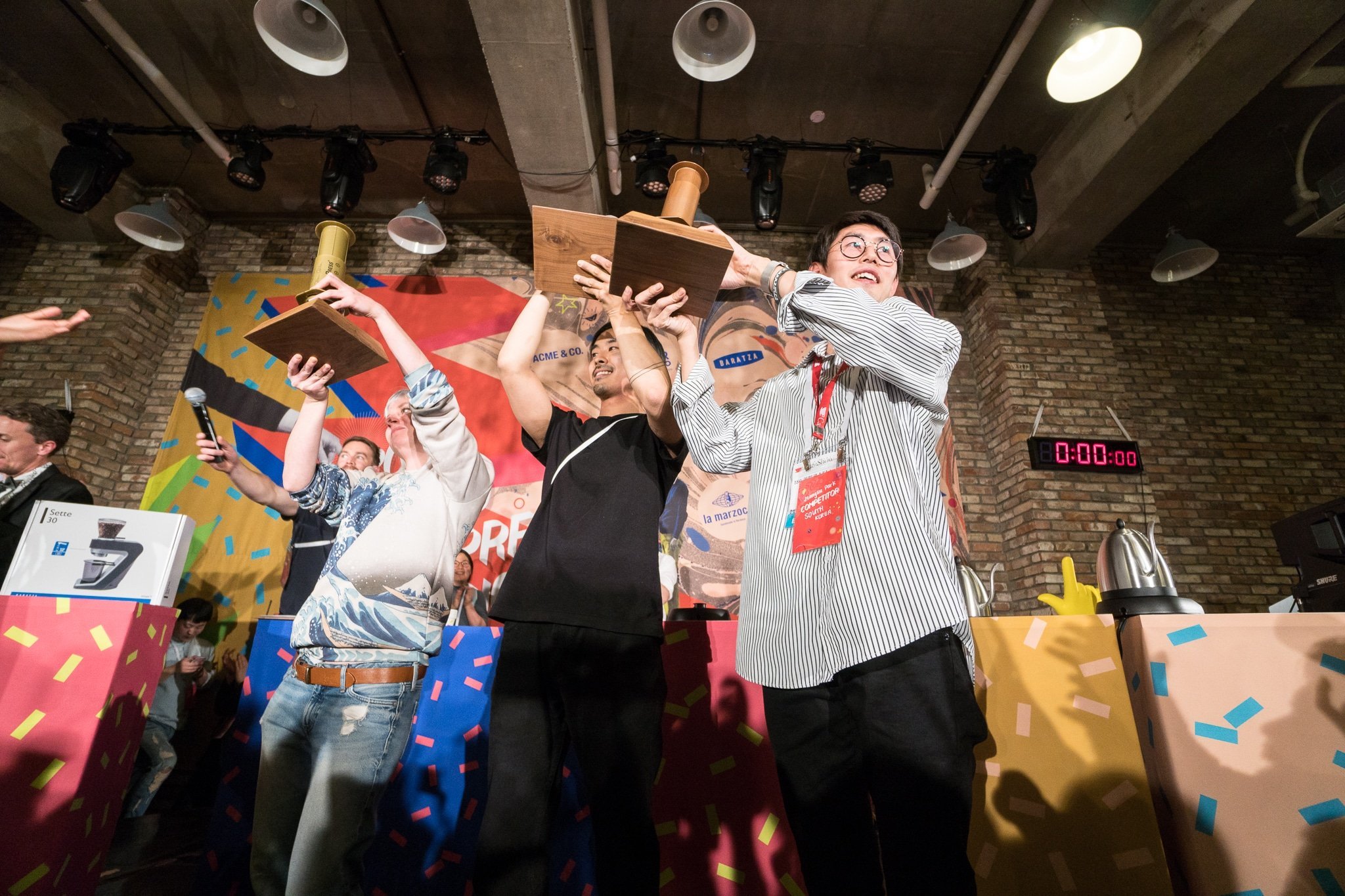 You know it was a great party when you totally over order, but still (nearly) run out of beer. This was one of those parties.

An entire year’s worth of competitive plunging came down to just one night. On November 9th, 58 national champions showed up at Cafe Alver in Gangnam for one final showdown; the 2017 World AeroPress Championship.

The night was definitely one for the books, nearly 700 people braved the chilly weather to join in the biggest party the World AeroPress Championship (W.A.C) has ever thrown.

At 7pm, DJ Homework fired up the turntables to kick off the event, while Magpie Brewing Company served up the first of some 1,650 free beers consumed by spectators (and competitors) throughout the night.

MCs Marcus Boni and Michelle Johnson charmed their way into the hearts of everyone present with their impressive showmanship.The spellbound audience got to witness multiple outfit changes, their undeniable onstage chemistry, and the duo’s infectious energy that never dwindled.

In W.A.C’s usual ‘best to keep them guessing’ way, spectators soon discovered that there was a twist to this year’s competition. For the first time in the world of competitive coffee-making, the organisers introduced a whole new wildcard opportunity. Three competitors knocked out in elimination rounds had their names drawn at random, meaning that they were back in the competition. Minds were blown, mouths left ajar. “Can they do that?” people gasped. As it happens, they can.

Wildcard or not, competitors still had to brew the best cup of coffee to stay in the game. Around 8:30pm the field was heavily reduced, with just Austria, Finland, France, Japan, Kuwait, South Korea, Turkey, and two wildcard entries, England and Northern Ireland in the semi-finals. After 30 rounds of pointing, and 88 cups of coffee for our panel of 11 international judges, it came down to the final three; Jeongsu Park from South Korea, Yusuke Narisawa from Japan, and Paulina Miczka from England.

And just before the clock struck midnight, the stage was dismantled, the billboards taken down, and the venue keys were handed to the cleaners. It was one hell of a night, and now… to next year!