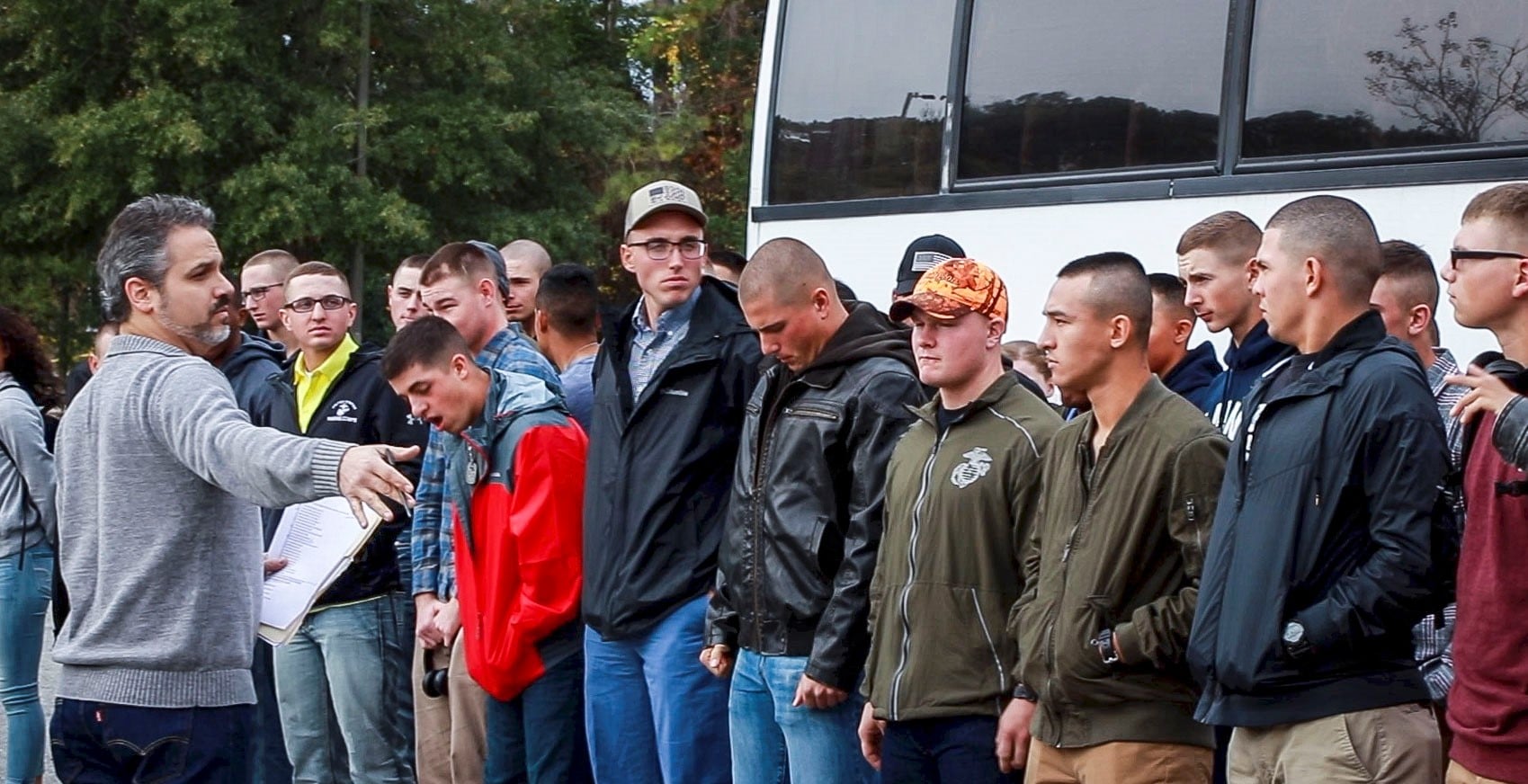 Wilmington, N.C. (December 4, 2017) – Port City Java, the southeast’s leading roaster and purveyor of fine coffee, turned Thanksgiving into a “Marinesgiving” for more than 70 families and more than 150 U.S. Marines from Camp Lejeune, NC, and Salute Magazine wants our armed forces to know about it.
The featured article in the December/January 2018 issue recognizes Steve Schnitzler, CEO of the Wilmington, NC, based coffeehouse, and the Marines for Thanksgiving program he started seven years ago. It has since tripled in size.

The franchise CEO charters three busses to bring the Marines to three Wilmington-area high schools where they pair off and go home to spend the day with local families, sharing a meal, fellowship and gratitude.

“We all pay lip service to supporting troops. It can become rote. You want to thank them? Take them into your house, feed them dinner, look them in the eye, shake their hand, and say thank you,” said Schnitzler.

This year, the McDowell family was one of those who opened their home to be a surrogate family for PFC Joseph Couillard and PFC Colin Woodhead, who called the gesture life-changing.

“Being in the military, we’re away a lot. We’ve never met these people before, but they welcome us in. They treat us like one of their own,” said Couillard.

“They’re not just feeding us. They’re making us part of their family for the day. So, I just can’t explain it. It’s just awesome,” added Woodhead.

As host family, the McDowell’s return the marines’ sentiment along with gratitude to Port City Java and Schnitzler.

“We thoroughly enjoyed our time with our Marines. They lit up our home with personality and gave our Thanksgiving even more meaning. It is so nice what Steve has created and we were tickled to be one of the “chosen” families!” said Leslie McDowell.
Salute Magazine also appreciates the program Schnitzler runs and is anxious to share the heartwarming story of how everyday people can show their appreciation to our military.

Not just at the holidays, but throughout the year, Schnitzler makes supporting local communities a priority at Port City Java. For him, it’s about people and purpose and making our communities better and stronger.

About Port City Java
Port City Java has been waking up Wilmington, NC since 1995 and has grown to operate over 30 cafes as well as its own roasting and distribution center. We take great pride in our North Carolina roots as well as our ability to roast and serve the finest coffee in the southeastern United States. For more information, please visit www.PortCityJava.com.