La Mulita, a Colombian speciality coffee shop, has been flourishing on the seacoast of New Hampshire in the hamlet of Rye. It’s the story of an immigrant named Max Pruna, who settled in New Hampshire and opened a 1,000-square-foot coffee bar in September 2019 after a series of job changes.

Pruna and his wife earned master’s degrees in 1998 from Southern New Hampshire University in Manchester, New Hampshire. After relocating, he and his wife worked in market research for technology companies before transitioning to real estate, but they were able to obtain green cards and become citizens.

However, La Mulita’s success demonstrates that speciality coffee shops, even in small towns, can attract an audience with a strong product and a niche taste.

According to Pruna, the restaurant’s popularity stems from the “strong Colombia coffee” served. It contains “a significant amount of caffeine, is darker and bolder than other coffees, and delivers a smack in the face,” he explains.

Concentrating on a single country’s coffee, as few coffee shops do, gives him a competitive edge, he says. He does, however, add that the hospitality and ambience contribute to the establishment’s success.

Pruna’s life changed dramatically in 2015 when he was invited to a lecture by George Howell, a legendary figure in the United States Specialty Coffee World. Howell introduced Pruna to Finca La Esmeralda, a Colombian coffee that she described as “sweet and fruity, unlike anything I’d ever tasted.”

Pruna immersed himself in Colombian coffee culture, visited coffee farms in his native Colombia, attended coffee festivals, made connections with owners, and launched an Instagram account dedicated to coffee roasting. He searched for a year for a space to open a coffee shop in trendy Portsmouth, but couldn’t find one, until he passed a “for lease” sign while driving his children to middle school in Rye and rented it. 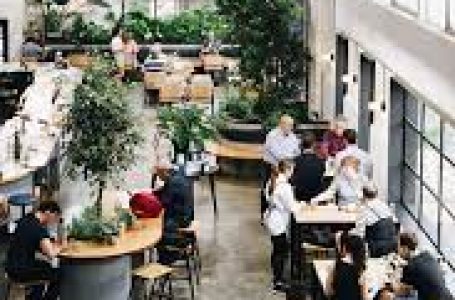