Even though there is no shortage of excellent coffee shops in Oakland, March’s announcement of yet another one still managed to pique the interest of java enthusiasts. This one, planned for the ground floor of a new high rise in Downtown Oakland, is the first location of one of the most recognisable brands in the East Bay: 45-year-old Mr. Espresso.

Obviously, you are familiar with Mr. Espresso and have likely encountered its beans. Carlo Di Ruocco, an elevator repairman from Salerno, Italy, founded the company in his Alameda garage in 1978, just a few years after immigrating to the United States. The company, which is still family-owned and -operated, began as an importer of espresso machines to help local restaurants serve Italian-style coffee beverages, a novelty at the time. Carlo then began oak-roasting his own coffee beans in the machine showroom. The coffee he created was a hit, and it became a fixture at cafes and restaurants in the East Bay and beyond, as well as a grocery store and bodega staple. You may currently have a bag of Mr. Espresso beans in your pantry, as I do.

Although the company is nearly 45 years old (Carlo has since passed it on to the next generation), its beans have always been served by others in the East Bay. Carlo’s son, Luigi Di Ruocco, opened a mini-chain of chic coffee shops in San Francisco called Coffee Bar in an effort to, as Di Ruocco told Nosh in 2014, “sell our own coffee in a more modern context.” However, Mr. Espresso-branded cafes have never existed before now.

In September, the Caffe by Mr. Espresso is expected to open in a new 1,200-square-foot space at 1120 Broadway. Originally scheduled to open in May, “typical construction delays” have pushed back the opening date, Di Ruocco told Nosh this week. As you can imagine, COVID has slowed down the pace of events. 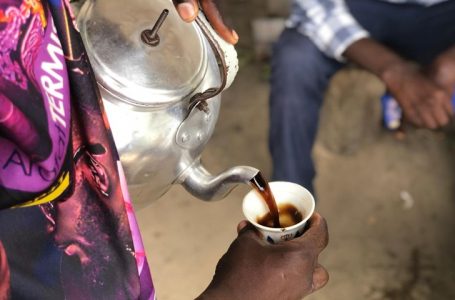 Bored of your flat white? Try these...