Whether you want a full-cream flat white, a coconut latte, or a coffee without any milk, most cafes these days can accommodate a variety of milk preferences.

However, a UK cafe has had to defend itself when a customer wrote a one-star TripAdvisor review after being “forced” to drink an oat milk coffee. “Is there a coffee place that doesn’t provide regular milk? It was a strange experience “Read the now-deleted review.

“It’s labelled as “vegan friendly,” but it’s only vegan. I was compelled to have a cappuccino with oat milk. It had a porridge-like flavour.”

According to Metro, cafe owner Steve Clark was not amused by the review.

He penned a furious reaction to the angry dairy-lover, posting a screenshot of the review to the cafe’s Instagram page, reminding them they decided to “walk into a 100% vegan cafe.”

Clark wrote, “We make no apologies for this; it’s a significant element of our ethical attitude.”

“You would have been asked if you want oat or soy milk. You could have left at that time, but you chose to let us ‘push’ you to drink a cappuccino you didn’t enjoy.

“You didn’t say anything to the staff at the time for reasons we don’t know about (we wouldn’t have billed you), but you chose to sign up for TripAdvisor to broadcast the horrors of your experience to the rest of the world with your one-star rating.

“We’ve all got a big grin on our faces because of you. We admire a keyboard warrior, and we hope we didn’t injure you by forcing coffee down your brass neck.”

The tweet quickly garnered up over 3000 likes from amused customers and fellow vegans alike, with the caption “you can’t win ’em all.”

One person remarked, “I like the way this is positioned as if you held them at gunpoint until they drank the oat milk.”

“Could you please push me to eat vegan mac and cheese the next time I’m in London? Thank you, “another made a joke.

Another said, “Please push one down my throat, it sounds good.”

Clark told the UK tabloid Metro that the reviewer was simply “vegan baiting,” and that while his answer to the review “wasn’t as gentle as it could have been,” he was simply tired of “internet warriors.”

“We have no idea who it was; it’s really disappointing. We make an effort to operate on the basis of goodwill “he stated

“We’re a non-profit social enterprise with certain members of our staff who have learning challenges, and we strive extremely hard to get things right.” 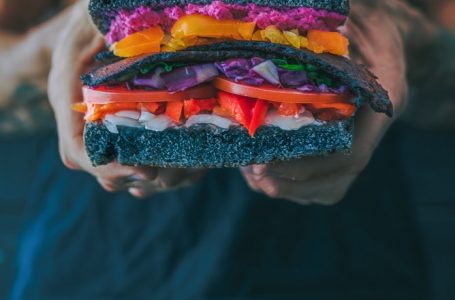