If the holiday season is supposed to be filled with all the things you love, Jim Pollock, a longtime Phish member and native Pittsburgher, is nailing it.

Earlier in the pandemic, he aided his favourite coffee shop, Commonplace Coffee, by creating and donating an original “Walking Mug” design that quickly sold out on shirts, tote bags, stickers, and magnets. However, he’s back, this time combining his passion for art, those little brown beans, philanthropy, and his decades-long relationship with Phish.

“Given the supply chain’s current state, we asked ourselves, ‘What can people get for Christmas?'” Mr. Pollock’s personal and professional partner, Jeni Enck, stated. “I am aware: Coffee!”

Pollock Blend is available at Commonplace Coffee until December 21.

The Pollock-designed label reintroduces the Walking Mug, this time in full colour and with the sun beaming from behind it. Mr. Pollock and Ms. Enck selected the roast and its flavour notes — “milk chocolate, plum, and brown sugar sweetness” — after weeks of tasting a variety of options. “We’re still on edge,” Mr. Pollock, 57, of Polish Hill, joked.

However, the true point is the amount of good it can accomplish.

Mr. Pollock, a native of West Chester, Pennsylvania, attended Goddard College in Vermont in the 1980s. The school’s alternative education model eschewed formal grades in favour of a community-based approach, which he credits with nurturing his giving nature.

This is also where he met the future members of Phish, the arena-filling jam band.

Mr. Pollock continues to lend his comic-inspired artwork to Phish concerts and related events decades later, but he also uses his abilities to raise money for the band’s nonprofit, The WaterWheel Foundation, and its offshoot, The Divided Sky Foundation. After his own battle with substance abuse, Trey Anastasio founded the latter. His mission is to provide “quality care and compassionate treatment for those suffering from alcoholism and addiction.”

“It’s remarkable how Trey has chosen to be open about his recovery; not everyone does,” Mr. Pollock said. “I just want to see the entire project through to completion.”

For these reasons, he and Ms. Enck chose The Divided Sky Foundation — named after the band’s 20-minute anthem — to benefit from Pollock Blend’s $4 per bag donation.

“We wanted to be extremely generous with this,” said Lauren Young, Commonplace Coffee’s marketing and communications manager. “Jim and Jeni have been incredibly generous to us, and they are simply amazing people.”

While the Pollock Blend labels may appear to some as cool logos, they are considered collectable by Mr. Pollock’s fan base. As a result, anyone who purchases two or more bags of the limited-edition blend will receive an additional pristine label for their Pollock — Jim, not Jackson — art collecting needs.

Tags: Coffee with a cause 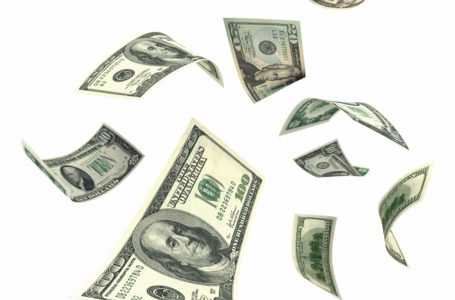 Coffee With a Cause donates to schools