Three significant sustainability issues confront coffee supply chains.
Among the numerous industries impacted by the Ukraine conflict is the coffee industry, which has been forced to suspend exports to and operations in Russia. This comes at a time when the sector is attempting to increase its sustainability, as coffee farmers continue to face persistent social, economic, and environmental challenges. Social issues are most acute in Africa’s coffee-producing countries, whereas certain environmental concerns, such as excessive use of agrochemicals, are more prevalent in Brazil and Vietnam. We argue in this article why it is in the best interests of coffee traders and roasters to find solutions, while also examining the industry’s current commitments and describing the root causes that prevent businesses from doing more. We conclude the article by discussing the conditions necessary to accelerate structural change.

Three distinct types of issues intersect in the coffee industry.

Poverty among small coffee farmers is a widespread issue in a number of countries.
Estimated number of smallholder coffee farmers* and percentage of farmers living in poverty, as well as country rankings based on their share of global coffee production.

Coffee supply and variety in the future are contingent on the support of traders and roasters.
Coffee traders and roasters have a vested interest in resolving supply chain issues, as they rely heavily on the 12.5 million smallholder farmers who produce between 60% and 75% of the world’s coffee. Although coffee production has increased by 75% since the 1990s as a result of improved yields, both ageing farmer populations and climate change pose threats to coffee supply in the future.

Coffee farmers on average are estimated to be around 50 years old. Aging farmer populations can have a negative effect on coffee yields due to older farmers’ reduced investment. It may also result in a decline in total coffee acreage if farmers lack successors.

Climate change poses numerous risks to the industry, as coffee trees are extremely temperature sensitive. In the short term, an increased probability of extreme weather events such as droughts or frosts has a detrimental effect on yields. Longer term, some regions are expected to lose their suitability for coffee production, posing a threat to overall supply and a specific threat to coffee varieties grown in the most affected regions. One way to mitigate these risks is to equip people with the knowledge and technology necessary to adapt to the effects of climate change.

There are numerous sustainability initiatives being undertaken by major coffee companies…
In the coffee sector, sustainability strategies frequently include at least one pillar devoted to farmers. Throughout the last decade, numerous major traders and roasters have developed a variety of programmes and initiatives to assist farmers, as well as increased their reporting on the subject. Their strategies frequently centre on increasing productivity while lowering costs. Companies typically collaborate on such initiatives with government-led development programmes and non-profit organisations to provide services such as training and higher-quality coffee trees. These activities frequently fill a void in coffee regions where governments are unable to provide the same level of security and support as in major producing countries such as Brazil and Vietnam.

While programmes involving the largest roasters reach millions of farmers, we estimate that eight out of ten smallholder farmers have not been reached.

Numerous coffee roasters make reference to the number of farmers who participate in their programmes and initiatives.

Within the coffee industry, there is ongoing debate about the additional effort required to resolve supply chain’s major issues. Previous research indicated that a $10 billion global fund would be required annually to make significant progress towards resolving the sector’s sustainability issues. However, such a fund has not yet become a reality. Meanwhile, bottom-up data from several stock listed coffee companies shows that they invest between 0.5% and 2.5% of their annual revenue in sustainability. If that range would apply to all of the ten major global roasters, then their combined investment amounts to between $250m and $1.35bn a year. On top of that, there are investments by smaller coffee roasters, traders and (development) funds from governments, but when all taken together it seems unlikely that these add up to $10bn. 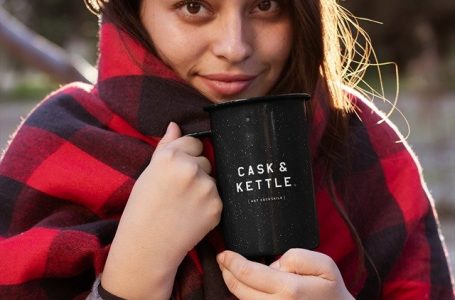