Cafedirect launched 28 years ago with the mission to improve the lives of small coffee farmers and a few years later became one of the first companies to launch as Fairtrade, an ethical certification scheme aimed at paying farmers a fair wage.

“It was seen as being completely different – in those days it was out there ahead of the pack,” Steel said.

This resulted in “crazy” growth, said Steel, with double-digit sales improvement in the early 2000s.

The industry followed suit – with big coffee brands like Starbucks in Europe, and supermarkets such as Britain’s Waitrose and Sainsbury’s launching some Fairtrade coffees in the 2000s, as well – a shift that was bittersweet for Cafedirect. 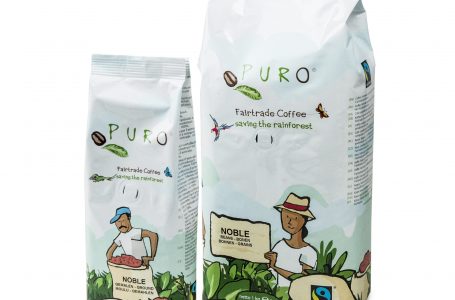 An ethical way to satisfy coffee and...