The DE GALLANT, a magnificent, century-old ship, stands out among the other vessels in Penzance Harbor. Her sweeping sails carried her and her cargo thousands of miles across the Atlantic Ocean, from the mountains of Colombia to this small port at the foot of the United Kingdom in Cornwall.

The ship’s crew unloads bags containing coffee beans, cacao, and cane sugar onto the docks on this particularly overcast day. They are soon transported to nearby cafés and restaurants.

All of these items share a common characteristic. Alex Geldenhuys, shipbroker and founder of New Dawn Traders, explains, “I really wanted to focus on products that would not grow in our bioregion here.” Geldenhuys asserts that her “experimental sail cargo company” has a mission. To develop a form of commerce that interacts with the world without imposing upon it.

In the 1950s, economical bulk carriers surpassed commercial sailing ships because they did not require costly repairs or sail-trained crew. However, modern cargo ships are responsible for a number of environmental problems, including noise pollution that disturbs marine life, cross-contamination of seawater and ecosystems, and, of course, incredibly high carbon emissions. According to the International Maritime Organization of the United Nations, if ocean shipping were a country, it would be the sixth-largest carbon emitter, producing more CO2 annually than Germany.

After working on a cocoa plantation in Brazil, Geldenhuys founded New Dawn Traders in 2013 due to the true cost of shipping. She and a group of her friends pondered how they could bring such products back to Europe with the least amount of environmental impact as they observed all of nature’s delicacies.

Their solution was to revive an old form of shipping that relies primarily on wind power, with the exception of the occasional engine used for harbour navigation. Journeys are slower and less predictable, but the payoff is carbon-neutral or nearly carbon-neutral goods. Customers can purchase sail cargo products such as honey, wine, and rice through an online store, whereas bakeries and restaurants typically purchase products in bulk.

Despite having no ships of its own, New Dawn Traders serves as a vital link for small, like-minded suppliers worldwide. The company charters two ships annually and transports pollution-free goods from Portugal, Colombia, and the Caribbean to a number of countries. This year, after 18 voyages, New Dawn Traders will purchase its own ship.

The majority of their cargo is destined for Europe, which is one of the reasons New Dawn Traders is headquartered in Cornwall, United Kingdom. Cornwall has a long maritime history, dating back to the Bronze Age. Its trading past dates to the Neolithic period. Geographical advantages are the deciding factor. Cornwall is situated at the intersection of the English Channel, the Atlantic Ocean, and the Celtic Sea, and constant northeasterly winds push ships along trade routes. 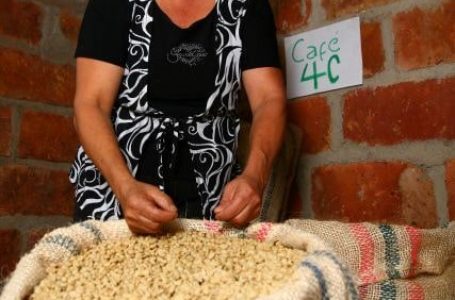 Single-cup coffee with a sustainable twist

Growers are working to make our coffee...