Nuradin Aliyi, a third-generation wild-coffee farmer, has spent his entire life intertwined with nature in the lush, verdant forest of Yayu, which sits atop the hills of southwestern Ethiopia.

The 62-year-old resident of the district, or woreda, of Yayu in the Oromia region states, “I know every tree in the forest by name.” Nuradin, like the majority of the district’s 12,600 households, depends on the forest for survival. He collects wild coffee beans from the forest and plants them on 4 hectares (10 acres) of farmland, yielding approximately 6,000 kilogrammes per hectare or 5,400 pounds per acre of coffee annually.

The coffee forest of Yayu, located 1,500 metres (4,900 feet) above sea level, is one of the last and most significant ecosystems where genetically diverse arabica coffee grows in the wild. The forest was designated a UNESCO Biosphere Reserve in 2010 due to the global interest in preserving the Yayu coffee gene pool as well as the other indigenous plants, animals, and bird species it supports.

Farmers claim to live in harmony with the forest on which they rely. Nuradin tells Mongabay via telephone, “We only plant coffee seeds collected from the forest, and we do not use any inorganic fertilisers.”

Yayu residents have practised this form of traditional coffee management for generations, thereby conserving the genetic diversity of the forest’s wild arabica coffee. “Here, wild coffee is life,” Nuradin states. “We guard it as if it were our children. By removing invasive trees that impede its growth and planting broad-leaved trees that shield it from excessive light, we ensure that wild coffee trees thrive in the forest.”

In recent years, however, growing curiosity about what lies beneath the forest threatens to upend this way of life. The discovery of a massive coal deposit in the region at the turn of the century sparked intense interest from the government and mining companies.

A 2007 unpublished report by China National Complete Plant Import and Export Corporation estimates that 230 million metric tonnes of coal are available in a 5,000-hectare (12,400-acre) area surrounding the forest. This amount would satisfy Ethiopia’s demand for forty years.

In 2012, a state-owned military-industrial conglomerate launched a massive project in the biosphere’s buffer zone to extract coal and manufacture urea, a key component in fertiliser production. The project was terminated in 2017 due to its involvement in a scandal, but not before it had carved a hole in the forest and damaged its biodiversity.

Now, new economic policies have brought Yayu’s coal reserves back into the national spotlight, and farmers such as Nuradin fear what a revival of coal mining may bring.

The coffee forest of Yayu is one of the last and most significant ecosystems where genetically diverse arabica coffee grows in the wild.

“Short-sighted and irresponsible” environmental impact assessment
Exploration efforts for coal in Ethiopia date back to the 1940s, making it a relatively new industry. There are an estimated 600 million tonnes of identified deposits in the United States. Small-scale coal producers meet 55% of the nation’s coal demand, which is primarily for cement production; there are no industrial-scale coal mining projects in Ethiopia at present.

However, due to a severe lack of foreign currency reserves, the government has announced plans to substitute domestic coal production for imports. It issued large-scale coal mining licences to eight companies across the nation in January 2022, with the goal of reaching an annual production capacity of 4,2 million metric tonnes of coal within ten years. Oromia Mining S.C. is one of these companies; it was granted mining rights on a 502-hectare (1,240-acre) concession in the Yayu district.

Despite the fact that the operating company is new, the project itself appears quite familiar.

According to researcher and consultant Kasahun Kelifa Suleman, “after the discovery of coal in Yayu, the Ethiopian government hired multiple foreign consultants to study the viability of coal mining in Yayu and assess its environmental impact.” All of these companies concluded that the environmental damage would be severe and advised against beginning the project.

But the state forged ahead, hiring a local consultancy that came up with its own environmental impact analysis (EIA) report and mitigation plan, giving a green light for the project, says Kassahun, whose research has examined the environmental and social impacts of mining in Yayu.

Metal & Engineering Corporation (METEC, now known as Ethio Engineering Group), a state-owned military-industrial conglomerate, was awarded the contract. The plan called for the construction of two urea and one diammonium phosphate (DAP) fertilizer plants, a coal-mining plant, and a chemical manufacturing plant. It would use 9.2 million metric tonnes of extracted coal to produce 300,000 metric tonnes of urea.

Construction began in 2012 with a project cost of $500 million, at the time the second-biggest project the country had seen, following only the Grand Ethiopian Renaissance Dam. 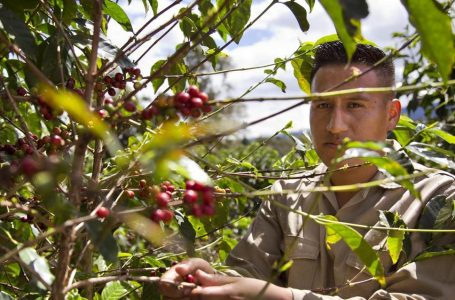 Why coffee farmers worldwide are facing a...