In general, chefs avoid mold in the kitchen, but they make an exception for koji. Since roughly a decade ago, the fungus has been a secret weapon of innovative chefs such as René Redzepi at Noma in Copenhagen, used to ferment grains, cure proteins, and impart umami to sweet and savory dishes.

Now, the most popular mold in the culinary world is poised to become the most popular trend in the specialty coffee world. Entrepreneurial producers believe the multipurpose ingredient can enhance the flavor of mediocre coffee beans and produce a superior caffeinated beverage.

The time is right to maximize coffee bean quality. In the past year and a half, the price of Arabica beans, the most popular in the world, has more than doubled.

Mason Salisbury, co-founder of Nevada-based Luminous Coffee, one of the country’s first koji coffee adopters, says that koji’s greatest quality is its ability to increase sweetness in coffees that are lacking it or to elevate a coffee to a higher grade. This spring, Salisbury began selling his fermented beans; a 200-gram bag costs $30.

Whether brewed via the filter method or the pour-over method, one of the attractions of the koji process is that, when done correctly, it does not impart its own flavor. The coffee is revolutionary for its ability to enhance the quality of a basic bean and transform it into a superior version of itself, according to industry experts. Koji results in a rounder, silkier, and sweeter brew for the consumer.

After Finnish barista Kaapo Paavolainen of Helsinki’s One Day Coffee brewed the unconventional koji beans in public for the first time in October at the World Barista Championship in Milan, the process received significant attention.

“The championships are so important that they can define entire coffee harvests for decades,” Paavolainen says. 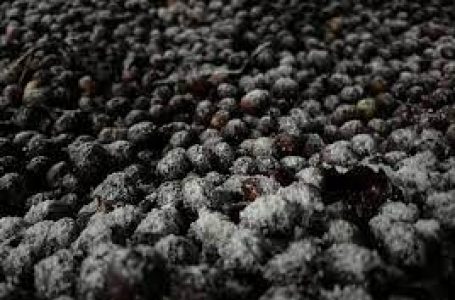 How Mold Could Change The Coffee Industry...