In a hint of how climate change is affecting global markets – and shaping our favourite flavours – coffee leader Brazil is switching to stronger and more bitter robusta beans, which are more heat resistant than the delicate arabica.

Despite the fact that Brazil is the world’s largest producer of arabica, its output has remained basically unchanged over the last five years. Meanwhile, new data suggests that its output of cheaper robusta – normally grown at lower altitudes and regarded as of lower quality – has increased dramatically, drawing an increasing number of overseas purchasers.

The development is putting a strain on Vietnam’s long-standing robusta dominance, while also squeezing smaller players. As a result, output is becoming increasingly concentrated in fewer places, making it more subject to price surges in the event of harsh weather.

It also has the potential to change the flavour of coffee around the world in the coming years as more of the harsher, caffeine-rich robusta variety, which is popularly used to make instant coffee, finds its way into the more expensive ground mixes presently dominated by arabica.

Whatever your preference, Enrique Alves, a scientist specialising in coffee seed cultivation at the Brazilian state agritech research centre Embrapa, believes that as the world warms, “our daily coffee will never be lacking.”

He went on to say, “It’s a lot more robust and productive than arabica.” “It produces about twice as much for the same level of technology.”

Arabica coffee, which makes up around 60% of the world’s coffee, is sweeter and has more flavour diversity than robusta coffee, and can be worth more than twice as much.

Robusta is less refined, but it generates significantly larger yields and is more resistant to rising temperatures, making it a more appealing alternative for growers in Brazil, which produces 40% of the world’s coffee.

“I’m confident that the world will utilise a lot of Brazilian robusta in the near future,” said Carlos Santana, head coffee trader for Eisa Interagricola, a unit of ECOM, one of the world’s major agricultural commodities merchants, located in Brazil. 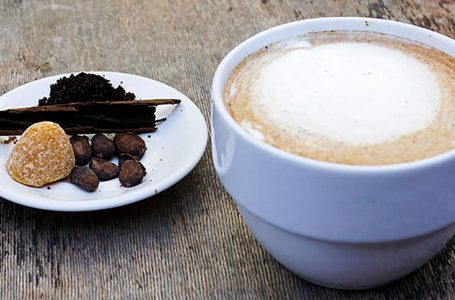 Add This To Your Iced Coffee For...