He shared his recipe with Chinese netizens via social media and received thousands of “likes” for his intricate design.

Shanghai, a culturally diverse international metropolis, has more than 7,000 coffee shops and over 940 Starbucks franchises, the most in the world. Delcroix can reach the ten coffeehouses within a 15-minute walk from his home.

After decades of observing the city’s coffee consumption market, the Frenchman was most impressed by its innovative spirit. “There are a variety of flavors, and you can always find new beans and recipes,” he explained.

Delcroix was profoundly enchanted by the inexhaustible creativity of the Chinese megacity. “Innovation, as the distinctive flavor of Shanghai, is what draws me to this city the most. And it was also detectable in the coffee here “he added.

Every morning, Delcroix and his wife share a cup of sugar-free, black coffee brewed in a French press, as do many other foreigners in the city. To perk up in the afternoon, he favors sharing coffee and sweets with studio colleagues. 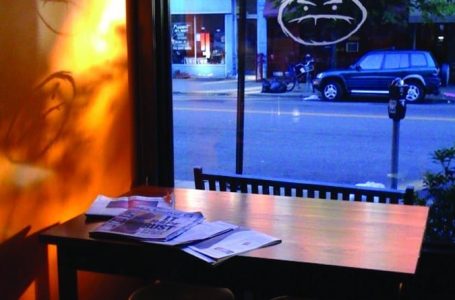