The Rainforest Alliance reveals that Kiwis’ purchase habits around coffee are changing for the better on International Coffee Day, October 1, 2021.

Consumers are continuing to educate themselves on the necessity of buying responsibly sourced coffee and decreasing their environmental footprint as the reality of climate change sets in. Coffee drinkers, in particular, are growing increasingly concerned about where their coffee comes from and how small adjustments to their daily coffee routines, such as purchasing more sustainable coffee or investing in a reusable cup, may have a big impact, especially when done collectively. As part of its Follow the Frog campaign, the Rainforest Alliance will be giving helpful advice on how to take action this week to help individuals make a difference.

“The New Zealand coffee market is expanding[1], owing to an ever-increasing thirst for the beverage. In fact, most people’s morning coffee is so ingrained in their routine that in 2021, the average individual is predicted to consume 2.2kg of coffee. [2] Similarly, demand is growing outside of New Zealand, and unless something changes, the current coffee production system will be unable to fulfil rising worldwide demand in the next decades. We predict a minimum of 60 million bags to be missing. This is a shortfall that exceeds the annual output of Brazil, the world’s top coffee producer. [3]

“Global coffee production could be lower in 2050 than it is today if strong measures to adapt to climate change are not made. Growing coffee is getting more difficult as a result of rising temperatures, more variable rainfall, and a higher number of severe droughts, the effects of which can be observed closer to home. Droughts are becoming more common in Brazil as a result of rising temperatures, which might have a substantial impact on the price of coffee on our shores,” Melanie Mokken said.

According to a recent survey conducted by the Rainforest Alliance, 70% of New Zealanders said they look for labels that ensure their choices are better for the environment or animal welfare.

Furthermore, a recent survey conducted by the University of Bath on the thoughts and feelings of 16-25-year-olds about climate change and government response indicated that respondents were concerned about climate change (59 percent very or extremely worried, 84 percent at least moderately worried). More than half of the participants reported feeling unhappy, anxious, furious, powerless, helpless, and guilty.

“With climate change at the forefront of many people’s minds, we expect that consumers will begin to enquire more and more about where their coffee comes from, whether it was sustainably sourced, and whether any price increases benefit the farmers and workers who produce the beans,” Melanie Mokken said. 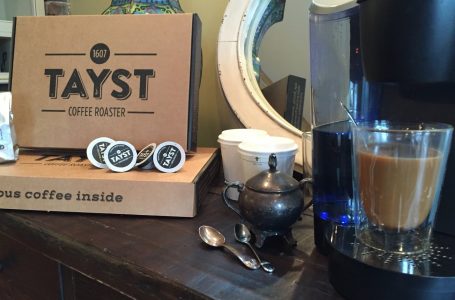