The pandemic, global warming, and shifting consumer preferences are putting Australian-grown coffee in the spotlight. How do our beans (and the industry that produces them) compare to the competition?

When archaeologists recently unearthed 167-year-old imported coffee beans beneath Melbourne’s Young & Jacksons pub in preparation for Metro Tunnel construction, Victoria’s deputy premier quipped that the discovery proved that “coffee has long been a staple in Melbourne.” But the history of Australian-grown coffee and our relationship with it goes back even further.

Coffee seeds arrived with the First Fleet, but the first coffee tree planting was not documented until 1832 at Kangaroo Point in Brisbane.

From the 1880s to the early 1920s, Australia was remarkably self-sufficient, with up to sixty producers growing approximately forty percent of the country’s coffee consumption. (According to Dr. Emma Felton’s Filtered: Coffee, the Cafe, and the 21st-Century City, some beans won awards in Paris and Rome.)

Until the 1980s, when a few pioneers began replanting and developing game-changing mechanized harvesting techniques, the industry was wiped out by the Great Depression, rising labor costs, and Australia’s vast, transport-unfriendly size.

Coffee from Australia would appeal to anyone. It is neither overly robust nor fruity. It’s a perfectly balanced cup.

Today, approximately 50 coffee plantations – primarily in Far North Queensland and north-east New South Wales, with a few in south-east Queensland – produce less than 1 percent of Australia’s coffee consumption (about 600 tonnes of green beans each year from 850,000 trees). Even though that may not seem like much, the quality of these arabica beans is generally high, with low food miles and minimal pesticide use serving as additional selling points.

Recent disruptions, including frosts in Brazil, international supply chain issues related to pandemics and wars, and ongoing issues resulting from climate change, have sparked uncertainty regarding imported coffee, and prices are likely to continue to rise.

Which prompts the question: what condition is the Australian coffee industry in, and could it save us? 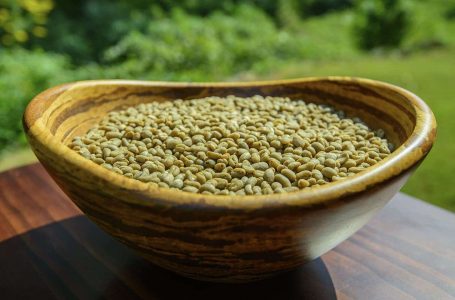