ADDIS ABABA, Sept. 26 (Xinhua) — The growing number of consumers and popularity of Ethiopian coffee among the Chinese is driving Ethiopia’s coffee export market, according to officials and coffee exporters.

In a recent interview with Xinhua, Adugna Debela, director general of the Ethiopian Coffee and Tea Authority (ECTA), stated, “Youth in China are currently very fond of Ethiopian coffee, and we are witnessing a rise in coffee market share in China and other parts of Asia.”

Ethiopia exported 11,935.65 metric tons of coffee to China during the last Ethiopian fiscal year, which ended on July 7, earning 65.31 million U.S. dollars, an increase of 84 percent from the previous fiscal year.

Debela argued that China would be one of the primary markets for Ethiopian coffee due to its large population and rising coffee consumption rates.

“Recently, countries such as China, Pakistan, and the United Arab Emirates have come to the forefront, as consumers in these nations have tested and proven that Ethiopian coffee is organic,” said Debela. 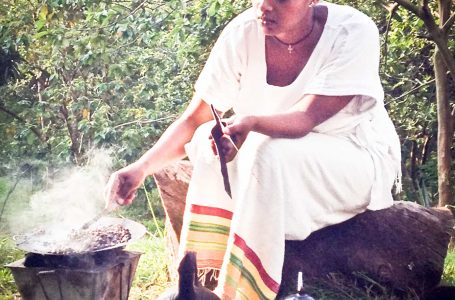