LOMBOK, Indonesia — In the northern foothills of the active volcano Mount Rinjani is a coffee plantation and processing facility that also serves as a training ground. Here, among the arabica trees and crates of ruby-red coffee cherries, Mahniwati, an Indigenous Bayan woman and winner of a beauty pageant, assists farmers in enhancing the quality of their goods and their means of subsistence.

The plantation is located in Senaru village on the island of Lombok in Indonesia. Since the 1970s, Senaru has been one of six trailheads leading to the 3,726-meter (12,224-foot) summit of Rinjani. A large portion of the village’s infrastructure is devoted to tourism, and the main road is lined with restaurants, homestays, hotels, and trekking services due to the daily influx of hundreds of hikers. The 2018 earthquake, however, altered everything.

In August of that year, a magnitude-7 earthquake struck Lombok, followed by a number of aftershocks of comparable magnitude. The main earthquake’s epicenter was in Sembulan, just east of Senaru. 563 people were killed across the island, and 80 percent of public buildings in the North Lombok district, where the village is located, were damaged or destroyed, according to local officials. This included Senaru, where tourism was essentially eradicated. Not all of the damage had been repaired by the beginning of 2020, when the COVID-19 pandemic broke out. This slowed the sector even further, and many tourism facilities have yet to be rebuilt.

Mahniwati served with coffee
During the coffee drying process in Senaru Village, North Lombok, Mahniwati was present. Photo by Fathul Rakhman/Mongabay Indonesia.
Prior to the earthquake, the villagers of Senaru had abandoned their agricultural land in favor of the more lucrative tourism industry. However, following the twin catastrophes of the earthquake and COVID-19, residents returned to the land as the basis of their livelihoods and to coffee as a lifesaver.

“During the pandemic, coffee is the only commodity in high demand,” Mahniwati told Mongabay.

Mahniwati was born and raised in an Indigenous community in the Bayan subdistrict of North Lombok, which includes Senaru. The region is home to ancient customs and is synonymous with wetu telu, an Islamic belief system that incorporates ancestral worship and whose adherents pray three times per day as opposed to five.

Before she began supporting coffee farmers, Mahniwati competed in the government-sponsored Miss Tourism pageant to promote cultural tourism. She won the title of “favorite” contestant at the provincial level in 2015, and her duties included promoting Bayan’s cultural practices as part of the pageant activities. Through her Miss Tourism platform, she endeavored to broaden people’s frequently limited understanding of wetu telu, which, according to her, is frequently misunderstood as a heretical form of Islam. 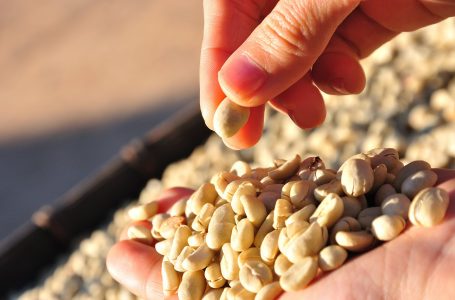