Observing the ceremony of a cup of coffee being prepared for you with care and precision is a very special experience.

Karla describes the flavors I will experience as fruity, comparable to the sweetness of apples and peaches, as the exact amount of medium-ground coffee is scooped up and carefully placed into the filter of the V60 coffee dripper. Acidic. Locally grown coffee is served at Tueste, a coffee shop in Coatepec, Veracruz, where I’m enjoying my first official cata (tasting).

The baristas here appreciate the art of a good cup of coffee, as do the baristas at a number of upscale cafés in the vicinity. Even those who know more about the drink than I will ever be able to seem too awestruck by the vast array of experiences it offers to be pretentious about it.

Veracruz, and particularly Coatepec, Veracruz, is the coffee-growing region.

Okay, fine. Café Veracruzano stands out for its superiority among the many places that are known as “the land of coffee” The Spaniards brought coffee to Mexico for the first time through Veracruz, which was the least they could have done for the country. Coffee adapted to the land like a fish to water.

There are a few requirements for coffee’s survival: an abundance of water, a temperate climate, and trees that provide shade.

Check, check, and check again: Coatepec’s Cloud Forest is officially coffee-plant paradise. And the coffee enthusiasts among us may very well hold it in the same esteem.

Veracruz established coffee’s initial foothold in Mexico, but Chiapas has since surpassed it in terms of volume produced (Puebla is next in line).

The majority of coffee in the state is cultivated by small farmers; in fact, 95.5% of fincas are less than three hectares. The majority of coffee farmers sell their fresh harvests to larger national and international corporations (if you’ve seen Nescafé’s “Veracruz” soluble blend, you’ll have a good idea of where this coffee ends up).

According to sustainable specialty coffee producer Diego Porras, this places many coffee growers at a significant economic disadvantage: with three to four major corporations serving as the crop’s primary buyers, prices remain low. 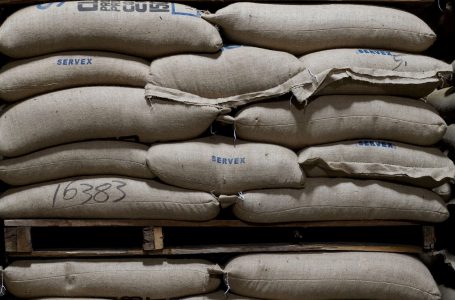