Two years ago, a local coffee company was founded to provide customers with the finest roasted coffee in Fiji. This company is now making its way onto the international export market.

At a time when the global economy was crippled by the CO- VID-19 pandemic, South Pacific Coffee Company met the challenge head-on and established its name in the local market with the goal of not only helping villagers in the highlands of Navosa earn a living, but also making it known that the coffee market is a sound investment in Fiji.

Most people are unaware that coffee grows abundantly on Vanua Levu, according to the company’s director of sales, Maikeli Dennis. In addition to expanding its local source to farmers in Ra, Sabeto, and Taveuni in Vanua Levu, the company also has plans to open up additional export markets.

Mr. Dennis stated, “Right now we are sourcing directly from the farmers, the majority of which is coming from villages in Navosa, and we will soon be harvesting from Sabeto and Nausori Highlands, as well as farmers from other parts of the county.”

This year, we began exporting green beans to the United States. Australia and New Zealand will commence the following year.”

Mr. Dennis believed it was time for Fiji to enter the sector because coffee has been exploding in popularity but the market has remained untapped for many years.

The two-year-old business on Nadi Back Rd. is new to the export market, but since its founding, the company has supplied raw coffee products and beans to major coffee shops in Suva and installed coffee dispensing machines in major local tourism properties.

In Nadi Back Rd, the majority of coffee-processing tasks, especially roasting, are performed on a weekly basis.

The company’s management and staff made their presence known at the 2022 HOTEC Tradeshow last week.

Mr. Dennis stated that the company’s exit from COVID-19 was a breath of fresh air, and they looked forward to establishing partnerships with numerous other local farmers who would be able to supply them with coffee directly during harvest seasons. 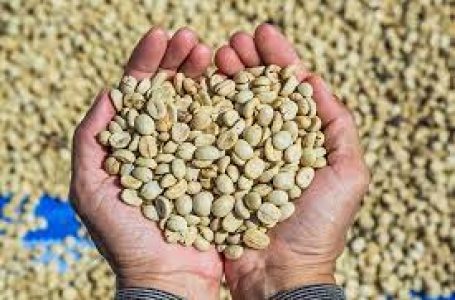