HAIKOU, Nov. 8 (Xinhua) — Several tourists were learning how to make pour-over coffee in a “experience studio” tucked away in a garden dense with coffee plants, as the aroma permeated the entire wooden studio.

“Coffee plays such an important role in the lives of Xinglong residents,” said Zeng Weimao, owner of a garden in Xinglong town of Wanning, a coastal city on the tropical island province of Hainan in southern China. A cup of coffee in the morning and afternoon is nearly a daily occurrence.

Zeng, a coffee connoisseur, has managed the Xinglong coffee garden for approximately ten years. The small town is situated in a selenium-rich region at 18 degrees north latitude, making it an ideal location for a coffee plantation. In the 1950s, a number of Chinese returned from overseas and introduced coffee cultivation and production techniques to Xinglong, where coffee consumption gradually became widespread.

Approximately 307 hectares of coffee trees will have been planted in Wanning by the end of 2021, according to the most recent official figures. In Wanning, ten large-scale coffee processing businesses have been established to date.

In Xinglong, more than 200 coffee shops cater to the needs of residents and visitors, and the average annual consumption of coffee per person exceeds 200 cups.

Zeng and his father’s greatest desire has always been to promote Xinglong coffee. In 2010, Zeng’s father stopped planting flowers and instead began planting coffee trees.

“The coffee plants could only produce fruit after three years and required special care,” Zeng recalled. We were cultivating on a small scale, so our profits were naturally low. 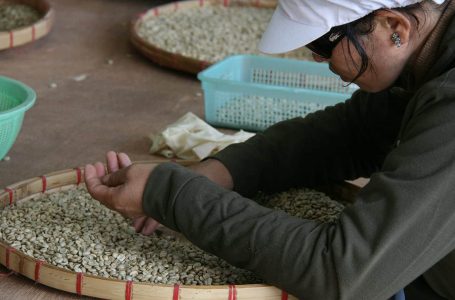