Remember when you used to roll your eyes whenever an elderly person complained about the price of coffee, and then you looked in the mirror and realized that you had become an elderly person yourself? Well, good news!

The Wall Street Journal reports that the price of coffee beans has decreased by 20% over the past month due to large harvests in Brazil and Indonesia and a strengthening dollar. This is contrary to the over-caffeinated trend that led to the coffee price reaching an 11-year high in February.

Cost Accounting
According to market research firm NPD Group, the average price of a cup of coffee during the first half of this year was 7.6% higher than it was during the same period of the previous year. This is partially due to inflation, but the weather has also contributed. A cold snap killed a third of the country’s arabica crop in Brazil, the largest exporter of coffee beans in the world, last year.

Earlier this month, markets were bracing for a coffeepocalypse, as Reuters reported that sacks of arabica beans were being stashed in ICE warehouses to replenish stocks and combat coffee-inflation. Therefore, bumper crops are a lifesaver:

Brazil anticipates that its coffee output will increase by at least 8% the following year, and the season has gotten off to a good start this year, with plenty of rain already falling and more predicted.

Vietnam, the second-largest coffee exporter in the world, also anticipates a healthy harvest. Vietnam specializes in growing the robusta bean used in your morning rocket fuel, so this is especially good news for espresso drinkers.

It will be up to retailers to decide whether to pass savings on to caffeine-addicted consumers; some may choose to pocket the difference. This month, a particular green mermaid exceeded Wall Street’s expectations, so we’ll be keeping a close eye on her. 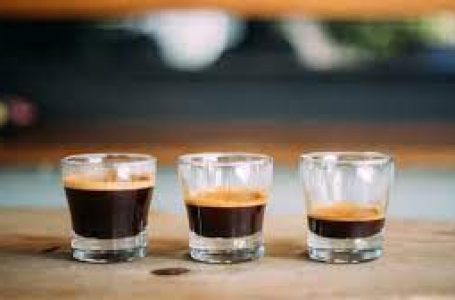