Dakota Johnson: Actress, celebrity daughter, celebrity hairstylist, citrous liar, truth-teller, and… hostage-taker? Perhaps. Johnson has recently been in the news for her roles in the critically acclaimed films The Lost Daughter and Am I OK?, which means that her infamous Architectural Digest tour has made a comeback on TikTok. On Sunday, a Twitter user going by the handle @biz socks quoted the lime video and included an anecdote about Dakota that he claimed affirmed the “pure chaos she radiates”: “This is a true story: Dakota Johnson once locked me and my mother inside a Blue Bottle Coffee shop after the barista informed her she couldn’t make coffee herself.”

This sounds like the sort of far-fetched story that stan Twitter occasionally concocts, but @biz socks did not indicate that he was joking, and it became even stranger when he followed up with what appears to be evidence of Dakota Johnson handling the door to a Blue Bottle Coffee location, writing that she “closed the door on all of us who were still inside, pulled a rope from her bag, tied the doors shut, and walked away.” We needed a passerby to untie the rope for us to exit.”

Johnson still has an opportunity to say “that is not true, Ellen,” based on this photo alone. The photograph does not show her closing the door or tying the rope. There are no viral videos of the incident. However, in October, a staff member at the same Blue Bottle tweeted, “one time she came into my coffee shop at milk studios at about 11 a.m., walked behind the counter, and pretended to make drinks while her people tied the front doors shut from the outside and began filming her… Customers were confined within.” Although the details of the alleged incident vary slightly, it is an eerily similar anecdote in general. And the location in the @biz socks photo appears to be the exterior of Milk Studios, which once housed a defunct Blue Bottle on 15th Street in Chelsea. Things were becoming eerie. 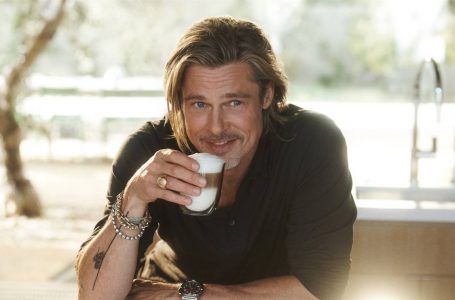 Getting steamy with Brad Pitt: How the...