While posh hot chocolate used to simply involve the addition of marshmallows and whipped cream, it’s all about the cocoa percentage these days as retailers selling luxury single-origin beverages set out to conquer the high street.

Knoops, a fast-growing brand, sells more than 20 distinct flavours of hot chocolate in its stores, ranging from a sweet and creamy 28% white to an intense 100 percent extra dark.

“Customers tell us they’re tired of coffee and want something new,” says Jens Knoop, the company’s founder. “They’re looking for something unique and ‘next level,’ and that means single-origin chocolate from around the world.”

Knoop, a native of Germany, established his first store in Rye, East Sussex, in 2013. Since then, he has spent 10,000 hours perfecting its beverages by combining various cocoa percentages with various milks, including plant-based milks, as well as fruits, roots, and spices.

The adventurous, who are already familiar with chocolate strengths from sophisticated supermarket ranges, can take it a step further by selecting from a list of twenty additional ingredients that includes Szechuan pepper, star anise, turmeric, and rosemary. Vegans can consume beverages with a 54 percent or higher alcohol content.

According to food analysts, Britons are following the same path with hot chocolate as they did with coffee, citing the rapid transition from instant coffee to owning coffee machines and subscribing to high-end bean subscriptions.

This growing awareness – combined with increased time spent at home during lockdown – has resulted in record-breaking sales of the equipment necessary to make hot chocolate at home, with everything from £160 Smeg machines to £25 shakers and stirring spoons flying off the shelves. John Lewis’s hot chocolate sales more than doubled over the last six months of 2021.

Hotel Chocolat, the market leader with its posh chocolate, claims to have sold “hundreds of thousands” of its Velvetiser machines. Monthly subscriptions are available for the company’s hot chocolate flakes, which come in exotic flavours such as black forest gateau and Mayan chilli and cinnamon.

According to Angus Thirwell, CEO of Hotel Chocolat, the only hot chocolate available previously was terrible – essentially a “sugar-based powder that looked brown.” “You poured a couple of teaspoons of that into a cup, added boiling water, and created what was known as hot chocolate in the United Kingdom for many decades. 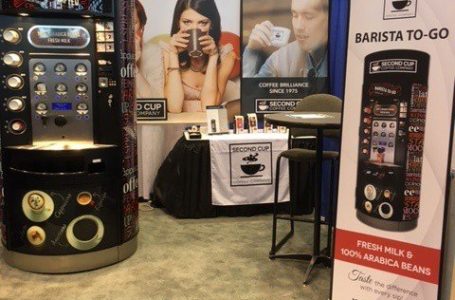