Manufacturing is a dynamic environment that necessitates quick decision-making in order to maintain efficient operations. It is a daily challenge for leadership to inspire employees, build trust, form bonds with employees, and reenergize the team as they work through complex operations concerns thoroughly.

I have extensively used a particular tool to overcome these obstacles during my over 25 years of manufacturing experience. Work zones are designated areas within manufacturing facilities that contain cribs containing tools and supplies. Along with other necessary materials and instruments, coffee pots serve as an anchor.

When I reflect on my experience working with manufacturing teams, frequently as an outsider brought in to troubleshoot, I realise that coffee (or tea, or non-caffeinated water) has played a significant role in a number of these scenarios.

Coffee and conversation are an excellent combination for initiating relationship building. Sharing a cup of coffee is an ideal setting for reviving a conversation with colleagues. As we work to develop cohesive work teams, coffee can also serve as a reward or recognition for a job well done.

Relationships: The Building Blocks of Team Formation
Good relationships are the foundation of cohesive work teams. Manufacturing operations teams are frequently comprised of individuals with disparate skill sets and experience levels who must collaborate. Collaboration will fail if no effort is made to foster robust connections between people. Facilitating constructive dialogue between employees at various levels of the organisational hierarchy neutralises position titles and keeps the discussion focused on the objective.

Relationship building among coworkers entails initiating and growing an essential connection over time. A vital relationship requires frequent interaction and a variety of conversation topics (both work and personal).

I recall a unique circumstance in which leveraging coffee established a connection and enabled me to advance towards desired goals. My management team approached me about assisting another facility with a difficult situation. Having only met one individual via phone conversation, I needed to quickly establish myself as a team asset in order to be effective in supporting and resolving the situation.

When I approached the situation, the team immediately regarded me as an unwelcome outsider. My presence cast doubt on their ability to complete the task independently. The tense environment made communication and obtaining genuine answers to my questions difficult. To my attempts to initiate a dialogue, the team responded only with “yes” and “no.” My time to assist was limited, and I needed to quickly establish bonds and relationships with the team.

I decided to familiarise myself with the area and went over to the maintenance crib, where several employees from the concern were conversing in the coffee area. I walked over to them and poured myself a cup of coffee, seizing the moment. While I was sipping my coffee, several of the employees began conversing about topics unrelated to the crisis. As we discussed my current place of employment, several individuals mentioned an old colleague who worked there. Instantaneously, this connection rendered their stance irrelevant, and they embraced me. They immediately began engaging me in discussions, and together we resolved the issue.

Coffee served as a vehicle for initiating contact. I was able to enter their circle during the conversation due to the discovery of a shared link. Engagement enables the two-way communication necessary for effective teamwork.

Re-energizing is critical during prolonged periods of problem-solving, when teams become disjointed and ineffective. Continuing without a break, i.e. “forcing a solution,” will result in diminishing returns and will encourage teams to simply appease the situation and come up with a substandard solution.

I used coffee to recharge and refocus the team during a lengthy, difficult problem-solving session. A manufacturing operation was experiencing a significant loss of production. The crisis occurred during off-shift hours (when resources were scarce), and a large team was tasked with determining the root cause of equipment malfunctions. As I approached the situation, I could see the majority of the team members were exhausted and defeated. There was considerable concern about their ability to resolve the issue, and they expressed optimism, both verbally and nonverbally. As various management personnel addressed the same question, “What is the issue?” the team was frequently asked, “When will production be able to resume?”

Earlier in my career, I had the privilege of working for a wonderful mentor who emphasised the importance of assessment before action. I simply observed the situation and the team’s responses to questions, following my mentor’s lead. However, as more individuals from various levels within the organisation approached, the team descended into hopelessness.

During a period when the team was on standby awaiting partial delivery of the inoperable equipment, I chose my go-to beverage, “COFFEE.” I quickly approached the team and stated, “I’d like to ask you a question.” They immediately looked at me as if they didn’t want to respond because they’d been bombarded all morning. I inquired, “Who’s up for a cup of coffee—my indulgence?” Their faces lit up with relief, and we made our way to the coffee pot. I advised them to take a seat away from the situation and advised them that the team would contact me once the part arrived.

Why coffee prices are rising in French... 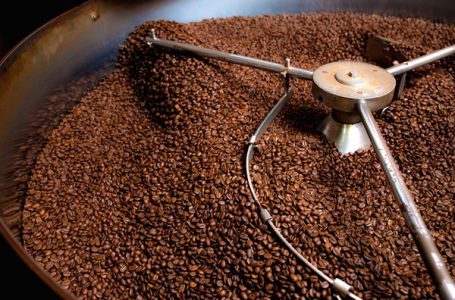 Why the price of coffee is set...