In one of the largest drug seizures in recent history, the Swiss police discovered more than 500 kilogrammes of cocaine concealed within a shipment of coffee beans. The shipment was being delivered to a Nespresso factory in Romont, in the western Swiss canton of Fribourg, when it was seized by the police.

According to the police’s official statement, workers at the Romont plant informed them that the shipment of coffee beans contained a mysterious white powder. The police reached the pant immediately following the tip, and analysis revealed the substance to be cocaine.

“Staff at the coffee capsule manufacturer, which is owned by the Swiss food giant Nestle, discovered an unidentified white substance when they unloaded freshly delivered sacks of coffee beans,” according to an AFP report.

The police proceeded to search the entire shipment, which was distributed across five shipping containers, and recovered approximately 500 kilogrammes of cocaine.

Following the discovery, the police erected a security perimeter around the factory and separated the containers carrying cocaine to prevent their contamination of the plant.

According to the police report, the drug originated from Brazil and was approximately 80% pure, as reported by AFP. The street value of the amount of cocaine recovered from the Swiss plant was approximately £41 million.

According to police, all of the drugs were destined for the European market. Nespresso Vertuo Next espresso machines are 25%... 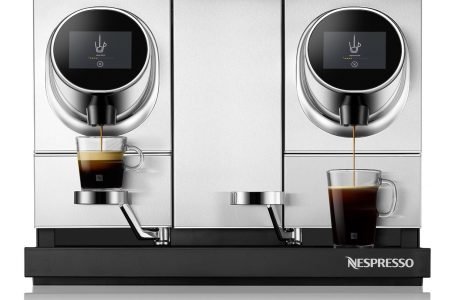 Make Barista-Quality Coffee at Home for 25%...