The plant-based milk movement is gaining considerable traction in Auckland cafes, as seen by the menus. Only a decade ago, vegetarians and lactose intolerant people had the option of soy milk or, if the establishment was cutting-edge, almond milk.

There is now a vast variety to pick from: Almond, oat, coconut, rice, and hemp milk are all becoming increasingly popular. The plant milk market in Aotearoa is presently estimated at $76 million.

With the amount of coffee drunk, the health advantages rose as well.
Coffee users may have a decreased risk of liver disease, according to new research.
It also appears that the classic adage of working out first thing in the morning may be incorrect.

A new study proposes that instead of pre-workout pills, you should consume coffee.
The founder of ‘Plant Projects,’ Jamie Wilson, is riding the wave. She unveiled a new coffee on Thursday that may be music to the ears of coffee lovers and baristas alike: This mix has been roasted specifically for use with dairy-free milk.

“Vegans, vegetarians, and individuals with a dairy allergy dominated the market for alternative milk just a few years ago. Plant-based milk has entered the mainstream, according to recent statistics “Wilson agrees.

I can attest to that; I can eat cheese with the best of them, but my preferred coffee is an oat flat white. I’m a contradiction in terms, to be sure.

The new Plant Projects Coffee, according to Wilson, makes the perfect soy, almond, or oat milk latte. The coffee and plant milk don’t split or curdle because of the low acidity combination.

The new mix is available in both ground and whole bean form. Supplied photo credit.
It also preserves the strong flavour notes due to your milk choice, allowing you to enjoy all of the coffee’s deliciousness. Additionally, the low acidity of the coffee makes it gentler on the stomach.

No Cow Necessary: Here’s How to Make... 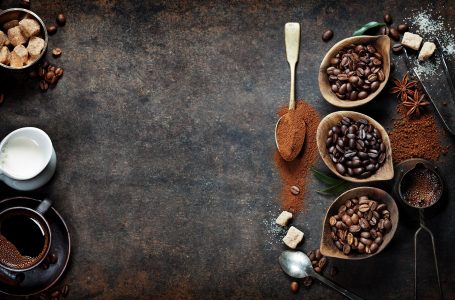