The research team’s task in December 2018 was as daunting as the mountains they climbed. Their objective? To discover a coffee species not seen in Sierra Leone for nearly seven decades.

Although extinct in the wild, the species survived in textbooks. Daniel Sarmu, a local researcher on the team, had spent four years searching “field to field.” If a peculiar plant caught his attention, he would collect a sample in the hopes that it was the extinct species. But each genetic test was negative, so the search continued.

There are 10 ways to reduce your carbon footprint.
In 2018, researchers discovered a single plant of Coffea stenophylla in the largely deforested Kasewe Hills.

This was a bittersweet moment. To re-grow the elusive species, they had to breed this plant with another, but there was no other stenophylla plant in sight. After a few days, they travelled to Kambui Hills. They discovered 20 plants after only an hour of hiking, a drop in the bucket compared to Sarmu’s four-year search. At every life stage, stenophylla flourished, including seedlings, saplings, and mature trees.

Jeremy Haggar, a researcher on the team and a professor of agroecology at the University of Greenwich, recalls, “We then knew we had something to build upon in terms of rescuing the species.”

There are 124 species of coffee, but most coffee drinkers are familiar with only two: arabica and robusta. Arabica accounts for sixty percent of all coffee traded annually, while robusta represents only forty percent. According to the United States Department of Agriculture, approximately 165 million bags of coffee are produced annually on a global scale. In order for the coffee industry to adapt to a warming climate, however, farmers will need to cultivate multiple coffee species in addition to the varieties currently consumed. Prime candidates include species with climate resistance, exceptional flavour, and scalability, such as stenophylla.

Already, the coffee industry has felt the effects of climate change. Brazil, which supplies one-third of the world’s coffee, experienced its worst frost in at least 40 years, causing prices to increase. The demand for coffee is expected to triple by 2050, but the current method of production cannot scale to meet this demand.

Even though these two species cover a wide range of climatic conditions, they will not be enough to adapt to climate change, according to Aaron Davis, the study’s lead researcher and senior research leader at the Royal Botanic Gardens, Kew.

Increasing coffee production is analogous to erecting a house of cards atop a shaky foundation; arabica-growing hotspots will become too warm for the crop in the decades to come, reducing yields of the foundational species on which we rely today. As temperatures rise, arabica may also lose its traditionally praised flavour quality in speciality coffee circles.

Davis stated, “If we were discussing this ten years ago, they would have said, ‘We’ll find a more climate-resilient arabica.'” Yet, the development of a climate-resilient arabica necessitates extreme measures, such as selective breeding or genome editing. “We’ve done a great deal of work in Ethiopia — we’ve surveyed a large number of wild populations and cultivated plants — and arabica is extremely specialised. It lacks the required variation in climatic plasticity to effectively combat climate change.” 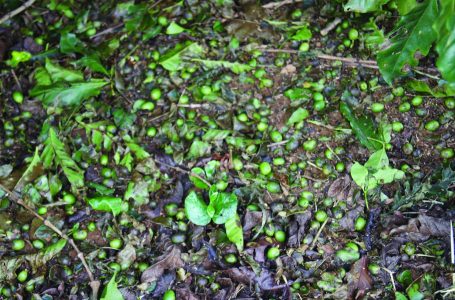 Global warming could have an unsavory impact...