Caffeine… but without the beans? This is the challenge undertaken by an American startup in response to the climate crisis that threatens coffee cultivation. The company’s “beanless coffee” recipe is based on repurposed date seeds combined with chicory and grape extracts. Currently, the formula is only available as a cold brew.

Even though there are numerous alternative foods, such as meatless meat, chicken-free nuggets, and vegan cheese, scientific research is not solely focused on replacing animal proteins. Additionally, food engineers are addressing the issue of produce that may be threatened by global warming.

And for some of these foods, such as coffee, the consequences are already apparent. The price of Arabica has increased by nearly 40 percent over the past year. And you may even observe a price increase at the office coffee machine. What’s the reason? In Brazil, nearly 30 percent of the crop has been ruined by both frost and flooding.

A Seattle-based American start-up has spent the past three years developing a formula that could mitigate the coffee bean shortage. The concept is to reuse date seeds by rehydrating them in a liquid solution comprised of chicory and grape extracts. Caffeine is extracted from tea leaves for this recipe.

After a successful Kickstarter crowdfunding campaign, the Atomo brand secured multiple financial investments before securing its most recent $40 million in funding. This funding will enable the company to commercialize its product, which is currently only available in cold brew form. This ‘coffee’ beverage is packaged in cans and costs between $5 and $5.50 per can. The online sales of this beanless coffee are anticipated to begin on July 15, and commercial agreements should soon facilitate a wider distribution.

Notably, this is not the only effort to develop alternative coffee. A team of Finnish researchers has applied the concept of in vitro meat production to coffee beans, creating lab-grown coffee. 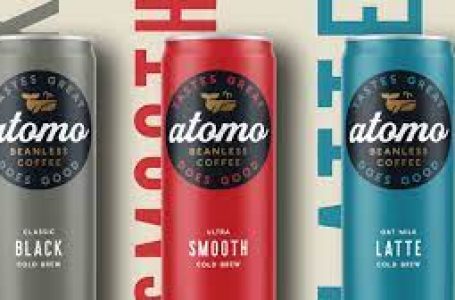 Atomo Raises $40 Million To Scale Its...