Michelle Johnson, a black coffee professional, published the following in an essay titled “The Black Cup of Excellence: Being Black in Specialty Coffee” in 2016.

“While speciality coffee is a progressive sector, being Black in a culture dominated by [w]hites still exposes you to the same oppression experienced in other industries in our country and around the world.”

The article, which has since been removed, shook the coffee industry to its core, and it sparked an industry-wide conversation that has intensified since George Floyd’s murder in May 2020, prompting more industry experts to speak out against “anti-blackness in speciality coffee,” as coffee writer Umeko Motoyoshi puts it. According to her, the industry’s continued racism stems largely from a refusal to accept and learn about coffee’s African roots.

That’s where Seattle’s Boon Boona Coffee’s owner, Efrem Fesaha, comes in. Fesaha, the son of two Eritrean immigrants who grew up in West Seattle, has spent the last three years creating his Renton and Capitol Hill coffee shops, which are dedicated to educating local java enthusiasts about the rich African coffee history.

Growing up in the birthplace of Starbucks, Fesaha was exposed to the best of both worlds: a quick pit stop for an elaborate Italian-inspired espresso drink and the relaxed pace of a traditional African coffee ceremony, which involves roasting green coffee over heat, grinding it with a mortar and pestle, putting it in a traditional coffee pot called a jebena, adding water, and letting it steep.

“Most people don’t realise it, but coffee has been consumed in East Africa for hundreds, if not thousands, of years, and we continue to maintain this tradition in the diaspora,” Fesaha added.

Fesaha, who worked in corporate finance until the 2008 recession, didn’t consider making coffee a vocation until a trip to Eritrea in 2011. Fesaha’s awareness and enthusiasm for coffee were reinforced by a visit to Eritrea’s capital, Asmara, which still bears the scars of Italy’s fifty-year colonisation of Eritrea.

“[Italy] had a lot of effect on architecture, espresso bars, bakers, and other things, so there are quite a few cafés in downtown Asmara,” Fesaha explained. “There was one in particular where they would roast their own coffee and serve excellent cappuccinos,” says the narrator.

The pungent aroma of coffee from the neighbouring roaster pervaded the café, according to Fesaha, and guests nursed their cups and conversed for several hours at a time. 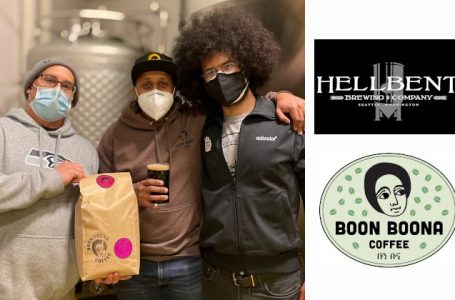