Drinking coffee has never appealed to me. Coming into class with a plastic cup of Dunkin’ Donuts and shaking the ice around so all the other students knew why you were five minutes late seemed to be the hip thing to do in my early adolescent years. I never liked it, even when it was laden with sugar and milk. It’s bitter and has an unpleasant aftertaste that lasts for hours.

But I was always told, “Oh, you’ll grow to appreciate it.” You’ll either need it as a child or as an adult. I never got addicted on coffee during my high school and college years, maybe the years when it was most needed. I’ve never needed it to get through an all-nighter or drank a cup before rushing out to an 8 a.m. class. I did try it now and again, but I never developed a strong desire for it.

The scoldings from the coffee connoisseurs in my life eventually caught up with me. I figured I’d try to acquire it because they say it’s a “acquired” flavour (TBH, any food or drink taste that requires acquisition should be questioned), so I did. This is the story of how I forced myself to consume a cup of coffee every day for 30 days. This is how it went down.

I bought two types of coffee grounds: one regular, a Folgers breakfast blend, and one flavoured, a hazelnut taste, that I thought I’d appreciate. A vintage percolator from the 1970s is in my possession. Normally, I use it to make tea, but on the first morning, I had to figure out how to use the metal mechanism inside the percolator to make a cup of coffee. I had no idea how many scoops of grinds to use. I guessed four scoops of hazelnut and made a cup of coffee. I was enamoured with the aroma (it’s worth noting that I’m a huge admirer of coffee ice cream). I took a taste after mixing it with sugar.

I felt it was quite good. Will I get converted on the first day? Is my reputation jeopardised because I’ve always stated that I dislike it? But then there was the lingering aftertaste. It lingers for such a long time and is really bitter and uncomfortable. I downed it in a hurry. The rush of energy I felt later in the day was incredible. It was at that point that I realised that many coffee drinkers enjoy it not for the taste, but for the sweet, sweet rush of caffeine.

By the third day, I was looking forwards to my coffee routine—not the drinking part, but the brewing part. It fills the house with a pleasant aroma and signals to my brain that the workweek has begun. However, by the end of the second week, I had a better understanding of why people become addicted.

Dr Karl explains why you should never... 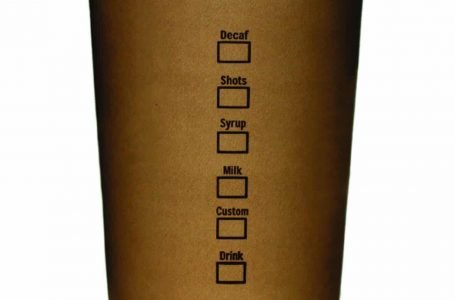 How much money you can really save...

Is there a best time to drink...