The long-running dispute over whether coffee is harmful to one’s heart appears to have come to an end.

For years, health experts have given contradictory advice on the health advantages and risks of coffee: It’s connected to a longer life expectancy, higher and lower cancer rates, a lower risk of cardiovascular illness, but a higher chance of cardiac arrhythmias (irregular heartbeats).

Health professionals previously recommended that those with cardiac problems avoid caffeinated goods to reduce their risk of arrhythmias, which appeared to be the most widely cited health concern associated with coffee use.

However, a recent study including over 300,000 people – the largest of its type – revealed no evidence that moderate coffee drinking promotes cardiac arrhythmia.

In fact, it could have the opposite effect.

“Neither frequent coffee drinking nor genetically driven changes in caffeine metabolism were related with a heightened incidence of ventricular arrhythmias,” according to a study published last month in the medical journal JAMA.

In fact, researchers at the University of California discovered that each additional cup of coffee consumed daily reduced the risk of having an arrhythmia by 3%.

“This is especially relevant for the many individuals with benign palpitations who are distraught when they think, or are told,” researchers said in an invited discussion on the study.

The findings were similar to those of a smaller Australian study published in 2018, which revealed that drinking a moderate amount of coffee can assist people avoid developing arrhythmia. 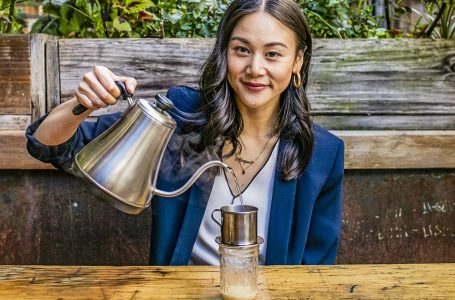 Iced Coffee With Avocado Is the Most...