Challenge: Take a seat at the bar of your favorite local restaurant, or a place known for its excellent cocktails. Peruse the menu, taking in all of the available options. How long will it be until you see an espresso martini? Wherever you are, it may have a fancier name, but if you see vodka, coffee, and a liqueur, that’s essentially what you’re getting.

The espresso martini is having a moment, according to Tiffanie Barriere, a spirits educator. “It’s having a moment right now. It is part of the martini trend, whereas coffee will never go out of style.”

After falling into relative obscurity following its introduction in the 1980s, bars and restaurants across the nation are reserving coveted space on their cocktail menus for the espresso martini. Celebrities have been photographed enjoying the cocktail in upscale bars, and TikTok stars have joined the trend by demonstrating to their followers how they make their version of the drink. Jesse Cyr, beverage director at the Fairmont Olympic Hotel in Seattle, Washington, reports that during the first six to nine months after the hotel reopened in early March 2022, there was not a single request for an espresso martini. “Now, each day we produce at least a handful. On particularly busy nights, such as Fridays and Saturdays, we could receive anywhere from 10 to 40 orders.”

For context, the espresso martini was created in London in 1983 by legendary bartender Dick Bradsell, who came up with the now-famous recipe when a model sat down at his bar and requested a drink that would both energize her and get her drunk. Originally, Bradsell referred to his cocktail as a vodka espresso and combined fresh espresso, sugar, a coffee liqueur, and vodka to create it. Just forty years had passed since the Irish coffee cocktail was invented in a small airport restaurant in Foynes, Ireland, in 1943, when travelers bound for New York were stranded at the airport due to bad weather. Chef Joe Sheridan prepared a steaming pot of coffee to which he added local whiskey, sugar, and a dollop of thick cream. As the saying goes, the rest is history.

Nonetheless, for one reason or another, Irish coffee became the beverage of choice for airport travelers in the wee hours of the morning or for those seeking relief from the cold. It deserves to be considerably more. 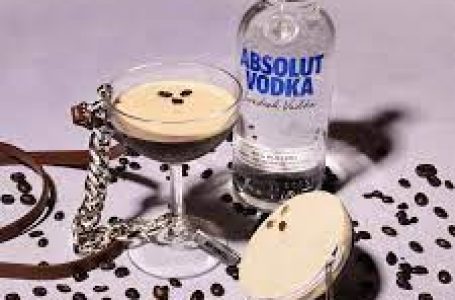 From Mount Holly to Philly, here’s where...