If you’ve ever encountered a coffee snob, it may be reassuring to know that not all avid coffee drinkers are coffee experts. A recent survey conducted by Roasting Plant Coffee revealed a lack of knowledge among millennial coffee drinkers in the United States regarding the storage and preservation of coffee.

As someone who is still learning about the nuances of coffee makers and how to brew the best cup at home, I find it easier to defer to a local barista on most days. When a national holiday occurs, I have even more reason to delegate the brewing duties. However, as the weather gets colder, it’s not a bad idea to know how to care for your coffee.

According to a recent survey of 1,000 coffee drinkers, 70% of millennials erroneously believed they knew the most important factor in keeping coffee beans fresh. It’s not how long the beans sit after harvest, but rather how quickly you consume the coffee after the beans have been roasted.

This is one reason why experts have long agreed that purchasing whole coffee beans is preferable to purchasing coffee grounds. According to the survey, 75% of coffee drinkers at home purchase coffee grounds; despite the added convenience, this results in an inferior cup. According to a press release and study from the Specialty Coffee Association and Zurich University of Applied Sciences, “coffee degrades rapidly after grinding due to CO2 loss (‘off-gassing’).” This “off-gassing” causes coffee’s flavor and aroma to degrade within days, so by the time you brew a cup, it has already lost a significant amount of its freshness. 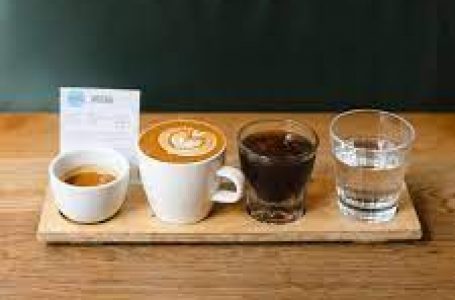 The Difference Between Espresso And Classic Drip...