Heiko Rischer is at a loss for words when it comes to describing the taste of lab-grown coffee. He sampled one of the world’s first batches of coffee made from cell cultures rather than coffee beans this summer.

“It’s difficult to describe, but it reminded me of a cross between coffee and black tea,” said Rischer, head of plant biotechnology at Finland’s VTT Technical Research Centre, which developed the coffee. “It really depends on the roasting grade, and this was a slightly lighter roast, giving it a slightly more tea-like sensation.”

Rischer was unable to swallow the coffee because this form of cellular agriculture has not yet been approved for public consumption. Rather than swallowing the liquid, he swirled it around in his mouth and spit it out. He anticipates that VTT’s lab-grown coffee will receive regulatory approval in Europe and the United States in about four years, paving the way for the commercialisation of a product with a significantly lower carbon footprint than conventional coffee.

The coffee industry is both a contributor to and a victim of the climate crisis. Increased demand for coffee has been linked to deforestation in developing countries, resulting in the loss of biodiversity and the emission of carbon dioxide. Simultaneously, coffee producers are battling the effects of more extreme weather, ranging from frosts to droughts. By 2050, it is estimated that half of the coffee-growing land will be unproductive due to the climate crisis.

Companies and scientists are attempting to develop and commercialise coffee made without coffee beans in response to the industry’s challenges.

VTT’s coffee is grown using floating cell cultures in nutrient-filled bioreactors. The process uses no pesticides and consumes significantly less water, according to Rischer, and because the coffee is produced locally, it reduces transportation emissions. The company is analysing the process’s life cycle. “Once we have those numbers, we will be able to demonstrate that the environmental impact will be significantly less than it is with conventional cultivation,” Rischer explained.

Additionally, American startups are developing beanless coffee. Atomo Coffee, based in Seattle, debuted the world’s first “molecular coffee” in a one-day online pop-up in September, charging $5.99 per can.

The startup, which has raised $11.5 million in funding, produces coffee by converting compounds found in plant waste into those found in green coffee. Roasted, ground, and brewed ingredients such as date seed extracts, chicory root, grape skin, and caffeine are used. According to Atomo, this method produces 93 percent fewer carbon emissions and 94 percent less water than conventional coffee production, while also avoiding deforestation. 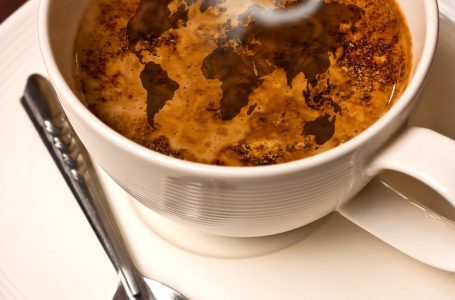 Wake up and smell the ‘sustainable’ coffee...