Coffee has long been a go-to beverage for a morning boost or something to warm oneself in the winter.

Coffee has long been a go-to beverage for a morning boost or something to warm oneself in the winter. Photograph courtesy of Pixabay.
Mother, who was more resistant to fads than the average person, was quick to embrace instant coffee in the 1960s. The freeze-dried product was tolerated by visitors who drank coffee with sweet rolls.

Instant coffee arrived during the Civil War, much to the chagrin of Union troops who complained that the product resembled axel grease in consistency and taste. Because the coffee was so bad, its suppliers ceased production.

Mother appreciated the convenience of the instant coffee product. Certainly, the blackened pot she used for decades was inconvenient.

During the Great Depression and World War II, coffee was scarce and an unaffordable luxury for the average family. Barley was plentiful and produced a product with a milder but comparable flavour.

Dad drank coffee to stave off the chill on days when he was felling trees with a two-man crosscut saw or shovelling coal from railway cars. Slices of homemade bread ladled with butter and dipped in the cup managed to retain their shape.

His youngest son observed with rapt attention and pleaded with Mother for a cup.

“It will cause your growth to be stunted,” she explained.

I took her word for it, but maybe I shouldn’t have. The myth that coffee stunts growth originated with a decades-old study that discovered caffeine users had lower-than-normal bone density, which could eventually result in osteoporosis. Modern health experts generally agree that a small amount of weak coffee is preferable to consuming an excessive amount of high-octane sugary drinks for adolescents.

Another of Dad’s cups caught my eye. It was kept above the bathroom sink in the medicine cabinet. The cup, which was possibly as old as Dad, contained a sliver of soap and a soft brush. Nearby was a straight-edge razor. It was fascinating to watch Dad create a lather with the soap.

I once attempted to emulate him, but the soap burned and the razor was ineffective against peach fuzz. When Dad opened the medicine cabinet, he noticed something was wrong and warned me not to touch it again.

There were additional avenues to explore. Among them was a large bag of lemon drops that dad stored in the hallway closet. He used the sweet but sour candy as a sleep aid during heartburn flare-ups. 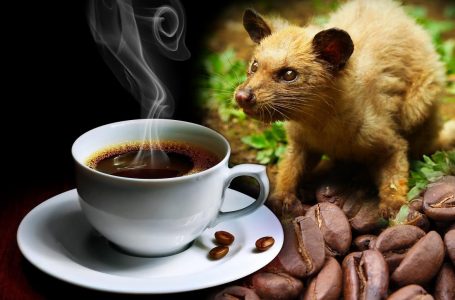