America is fueled by caffeine. That is how the proverb goes, correct? Whichever phrase is used, it is not entirely accurate. SimpleTexting, a text messaging and marketing service, recently released the findings of a survey in which respondents from across the United States were questioned about their coffee consumption, or more precisely, their coffee obsession. Additionally, not every state was a fan of the beverage.

SimpleTexting surveyed 3,215 adults across the country and asked them to “rate their coffee obsession on a scale of one to five, with one indicating they are not obsessed at all and five indicating they are extremely obsessed.” Alaska, North Dakota, South Dakota, and Wyoming were excluded from the survey due to a lack of response.

SimpleTexting determined the top ten most coffee-obsessed states, defined as those with a ranking of at least three for their coffee obsession, as follows:

In addition to outing people’s coffee-obsession, the survey also explored the average number of cups people consume each day, milk preferences, most common caffeine side effects and the greatest debate: Starbucks or Dunkin’? With all due respect to Dunkin’, I saw this Starbucks victory coming a mile away. With 63 percent of respondents preferring the brand over its doughnut master competitor, it defeated Dunkin’. What struck me as most interesting was that the state with the highest daily coffee consumption, Michigan, came in at approximately two and a half cups. I’m guessing a true coffee devotee would have consumed close to four or five cups. The complete survey results are available here. 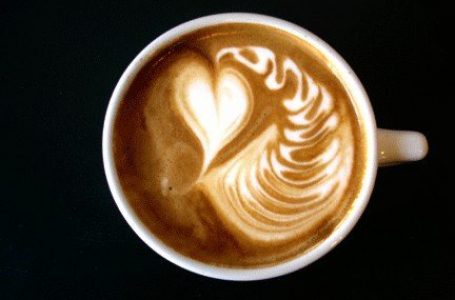 The best independent coffee shops in the...

5 of Our Favorite North Shore Coffee...