What is Cup of Excellence®?

Cup of Excellence is a premier coffee competition and worldwide auction offering the highest award given to a top scoring coffee. The level of scrutiny that Cup of Excellence coffees undergo is unmatched as all of the COE award winners are cupped at least five times (the top ten are cupped again) during the three-week competition. Literally hundreds of cups are smelled, tasted and scored based on their exemplary characteristics. The prices that these winning coffees receive at the auction have broken records time and again to prove that there is a huge demand for these rare, farmer identified coffees. The farmer receives the majority of the auction proceeds based on the price paid at auction, and the farmer can expect to receive more than 80% of the final price. The remaining auction proceeds are paid to the in-country organizing committee to help pay for the program.

Being selected as one of the winners at Cup of Excellence means recognition and reward for the grower and has been a springboard for many growers to secure long-term relationships with international buyers, which, in turn, allows for further investment in the farm and brings security for families and communities.

The experience for the grower is life-changing. He or she is a star and for that one nervous, exhilarating moment, applauded. Proudly walking up on the stage and accepting the applause, the grower realizes their hard work, attention to detail, maybe their very livelihood, is being recognized as important to their entire country. Some are very shy, never having been in any kind of public spotlight. Many are humble country folk – and this is evident as they shake hands with an ambassador, the vice president or even the president of a country, their expression clearly showing the huge elation of winning. Cup of Excellence has created a much more transparent infrastructure for high quality coffee. Roasters can now identify, find and build relationships with growers of superior coffees. It brings together the high quality roaster and the high quality farmer and helps both understand and appreciate the nuances and flavor profiles of rare exemplary coffees. It has changed the pricing structure for farmers and has discovered many of the incredible coffees that have built consumer excitement and loyalty. With that, we are excited to present our new series: Producer Profiles.

The farm, whose crops are almost completely renewed, is a shared legacy and her sister owns a fraction. “She [my sister] is also a part of the farm. She is a single mother, has a boy and they also depend on us,” Astrid explains.

The farm has an area of 15 hectares, of which ten are grown with coffee. For five years, they have had the support of a farm manager, who is the husband of Astrid’s niece. All the management remains within the family.

Each stage of production is very carefully looked after, and Astrid attributes the quality of her coffee to the efforts of many people. “If one of them was wrong, that would affect us all, but we speak the same language, we look for and achieve the same objective. It’s understanding between employees, pickers, the farm’s manager and owners,” she says, without disregarding that nature has been very generous to her farm.

“The climate and soils are very healthy, the region is very new, we never do burns, we let organic material do its work and fertilize the soil when it decomposes. The water for the post-harvest processing is also very pure,” she explains.

She also attributes the quality of her coffee to the particular blend of beans that the farm allows for in the mid-year harvest (November, December and part of January, with limited production). Because of its extension, lands vary between 1800 and almost 2000 meters in altitude. “We selected the best lots to make the blend with beans from different altitudes. We think that most of the coffee’s success is in the blend itself,” she explains. “Cup of Excellence allows us to keep dreaming and to experiment, because coffee, beyond doing the right thing, is like a mystery, since you may like it and others may not,” she says. Astrid knows that the quality premium of $14.50 a pound that was paid by roasters from Asia, the United States, and Australia for her coffee will translate into welfare for her entire family, her employees, and productive improvements on the farm. “I will invest it in improving our house, providing better living conditions for our farm manager, our employees, expanding the “beneficiadero” (post-harvest processing facilities), because we think about growing more coffee in the future, having better technology, improving everything,” she says.

Coffee has allowed Astrid to keep her family together and help each other. “There is strength in numbers. There have been ups and downs. We have already been working nine years on this farm. There have been times of low prices in which one wants to give many things to the employees and one cannot, but we keep going on hope.” 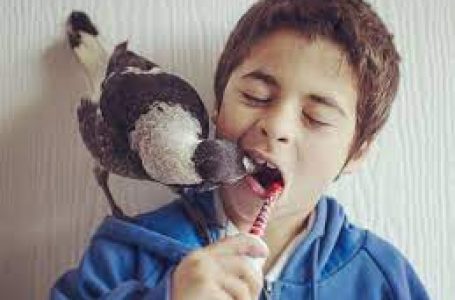