Belforte del Chienti (Italy), 2013 January, 8th – 2013 promises to be full of news for the Nuova Simonelli, with the expected launch of new products. It will also be a particularly challenging year on the commercial and organizational side with participation in numerous international exhibitions, as well as being a technical partner in the “WBC” world championship for baristas, to be held in May in Australia. The Marche company, a leader in professional espresso coffee machines, is confidently facing new challenges. Trusting in their own strength and, in addition, supported by the excellent results of 2012 where there was a further significant growth in terms of production and sales. In the year just ended Nuova Simonelli’s turnover exceeded 32 million euro (more than 80% was exported), an increase of 18.5% compared to 2011.
Since 2009, the first year after the start of the economic crisis and with the economic downturn still in progress, Nuova Simonelli has steadily increased its market share in Europe and elsewhere, and has increased turnover by 77%.
Research, innovation, technology and quality are the secret weapons that have allowed the Marche company for years to successfully tackle the markets in 115 countries on all continents. “Constant investment in innovation, design and technology – observed the President of Nuova Simonelli, Nando Ottavo at the occassion – is amply repaid by the approval for our products.”
During 2013 Nuova Simonelli put into production three new professional espresso coffee machines: a new version of the “Appia”, under the Nuova Simonelli brand, and two completely new machines under the Victoria Arduino label. One of these, which will go into production in a few weeks, will be new not only technologically, but also in its design, bearing the signature of two of the leading international designers Doriana and Massimiliano Fuksas.
“Even this – notes Nando Ottavi – is a sign of Nuova Simonelli’s determination to keep up the name of Made in Italy and work for the economic growth of our country.” 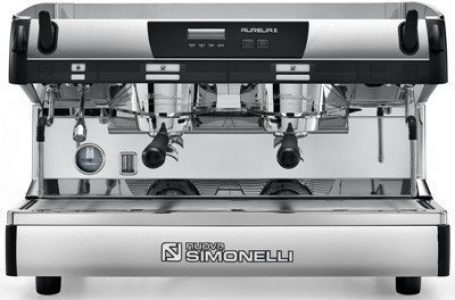