COLORADO SPRINGS, Colorado U.S.A. – – Each year, over 500,000 scalding burns occur in just the United States alone from hot liquids such as coffee and other drinks. The two highest risk groups for these injuries are children up through age five, adults over 65 and people with special needs.

This data, from the Burn Foundation of Pennsylvania, serves as a reminder for individuals to be especially mindful when holding or consuming piping hot beverages such as coffee.

Using its patented technology in thermochromic plastics, Chromatic Technologies Inc. of Colorado Springs has named an international distributor for “The Smart Lid,” which displays a bright red color when the temperature of the beverage under its lid is in excess of 118° F. (48° C.). As the beverage cools, the lid returns to a dark brown color until a hot beverage is again placed under the lid.

Serving as the designer and production manufacturer is the company Smart Lid Systems, based in New South Wales, Australia. From its headquarters in Sydney, Smart Lid Systems is also the international distributor for The Smart Lid.

“The Smart Lid is currently being sold to cafes in Australia,” explains Anthony Bayss, director of Smart Lid Systems. “It is direct food contact compliant in the United States, Europe, Australia and New Zealand. The number one question we receive every day comes from North America and from Europe – asking when The Smart Lid will be available in your home, in your office or for use around your elderly parents,” adds Bayss.

The foodservice industry innovator Smart Lid Systems has initiated their mid-January launch via a crowd funding effort in connection with the Indiegogo Project. A descriptive video and a variety of consumer and commercial quantities are available at http://www.indiegogo.com/projects/the-smart-lid-a-heat-sensitive-coffee-lid.

The launch coincides with “Burn Awareness Week” from February 2 – 8, 2014, providing an opportunity for burn, fire and safety educators to unite in sharing a common burn awareness and prevention messages.

“In the United States alone, there are 180 million daily coffee drinkers and 170 million daily tea drinkers,” explained Anthony Bayss. “These consumers now have a visual warning indicator to aid in the prevention of many scald accidents. The end-game for us is to have the product available to all consumers through the major retailers.”

Since its founding in 1993, CTI ( www.ctiinks.com ) has been dedicated to improving lives “through chemistry that alerts, protects and surprises.” As the world’s largest manufacturer of thermochromic inks, CTI uses its ink technology to convey messaging, be it an indication of hot or cold temperatures, or an extension of the product’s brand. CTI chemistry also provides photochromic, black light, glow-in-the-dark, social media activation, security protection, and is also inventing new methods for bacteria detection and cancer treatment. 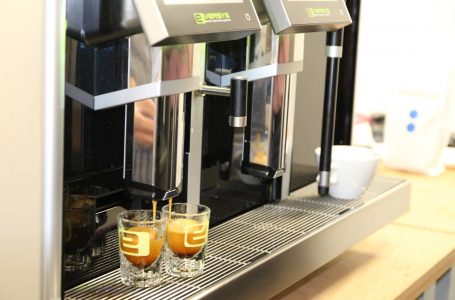