PORTLAND, OR (January 24, 2014) – For the first time in its history, a female farmer has won the Brazil Cup of Excellence® Late Harvest competition. Cinthia Dias Villela from Nossa Senhora Aparecida of the Carmo de Minas region produced the highest scoring of 23 Cup of Excellence® award-winning coffees evaluated by an international panel of judges representing 10 countries.

The #1 lot score of 92.22 points set a new record for the Late Harvest competition.

Two other coffees in the competition also qualified for the Cup of Excellence® Presidential Award by achieving a score of 90 points or above: Lot #2, Fazenda Paraíso of Conceição das Pedras with 90.25 points and Lot #3, Sítio da Serra of Carmo de Minas at 90.19 points.

The Late Harvest competition, one of two Cup of Excellence® events held in Brazil each year, features Brazil’s exceptional dry natural processed coffees. An Early Harvest competition highlights top pulped natural and washed coffees. Both events are made possible with the support of ApexBrasil, the Brazilian trade and investment promotion agency.

The winning lots will be auctioned on March 4, 2014 on the Alliance for Coffee Excellence website. Auction preview cuppings will be held in select locations worldwide beginning in late February.

For more information about the Cup of Excellence® winning farms or to register to participate in the upcoming auction, visit: http://www.AllianceForCoffeeExcellence.org.

About the Brazil Specialty Coffee Association

Founded in 1991, the Brazil Specialty Coffee Association is a non-profit member association created to elevate the standards of excellence and enhance value in the production and marketing of Brazilian coffees.

In addition to providing BSCA Certification™ for quality coffees and educational opportunities for its membership, the association implements environmental preservation projects through cooperation with private or public entities and supports the advancement of science and production techniques benefitting the global coffee industry.

In 1999, BSCA was a founding member and the original host to the Cup of Excellence® competition, which operates the world’s most esteemed coffee quality contests in 11 nations. For more information about BSCA, visit http://www.bsca.com.br.

Alliance for Coffee Excellence is a US-based global non-profit membership organization, consisting of an alliance of coffee lovers dedicated to advancing excellence in coffee. The Alliance for Coffee Excellence owns and manages the Cup of Excellence®, program which gives out the most prestigious award in coffee. It has affected several thousands of farmers as its unmatched focus on reward for quality and transparency to the farmer has changed the specialty coffee industry. For more information, visit http://www.AllianceforCoffeeExcellence.org

A Colombian-Specialty Coffee Bar Flourishes In A... 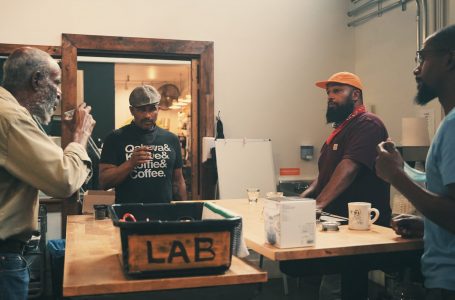