Los Angeles, CA — January 18, 2016 – Califia Farms, one of the fastest growing natural beverage companies in the United States, today announced the launch of Better Half Creamer, an innovative nut-based alternative to Half & Half, along with a reformulation of its line of Almondmilk Creamers. Both Creamer lines include unsweetened versions to meet the needs of the evolving American palette that prefers less sugar (both have 0g of sugar).

“Seventy-two percent of coffee-drinkers take some form of cream with their coffee – but until now their Half & Half choices were limited to high-fat dairy versions or sugar – and soy-laden non-dairy versions. With Better Half, we are offering a nut-based, healthful alternative – one that combines coconut and almond cream to be creamy and rich without excess sugars or ‘bad-for-you’ oils,” said Greg Steltenpohl, CEO of Califia Farms. “And, with the government’s recently released dietary guidelines[1] recommending limiting sugar intake to just 10% of your daily calories, these new products mean coffee drinkers don’t have to worry about adding any unwanted sugars to their morning cup.”

In addition to limiting sugar intake, the government guidelines also highlighted that moderate coffee drinking – up to five cups a day – is healthy and could reduce the risk of some diseases, such as Type 2 diabetes and Parkinson’s.

This makes the combination of Califia Farms Creamers with Califia Farms Concentrated Cold Brew Coffee particularly powerful and the perfect “clean energy” drink for today’s healthful consumers – many of whom prefer natural coffee drinks over laboratory-created energy drinks when seeking an energy boost.

Better Half Creamer comes in Original and Unsweetened and delivers a low-calorie (20 and 15, respectively), non-dairy, non-soy, non-chemical alternative to this indulgence with no skimping on flavor or creaminess – and is free from unnecessary ingredients and excess sugars. Better Half is initially available as a Whole Foods Market Test through summer 2016 and then will be available at retailers nationwide.

Califia’s Almondmilk Creamers and Better Half are the natural extension of Califia Farms’ premiumization of the dairy case and are part of its coffee ecosystem, which is designed to deliver the ultimate in dairy-free personalization. They represent the ultimate upgrade in a category that has steadily ignored the needs of today’s consumers.

Traditional non-dairy creamers are laden with hydrogenated oils and artificial chemicals – things that don’t appeal to today’s health-conscious consumers. Califia’s creamy Coffee Creamers are made with nut creams versus ‘bad-for-you’ oils and are delicious while being free from dairy, soy, GMOs, gluten, trans-fat, carrageenan and excess sugars. All Califia Farms’ Creamers have now been formulated with coconut cream to improve whitening – making a cup of coffee looks just as good as it tastes without titanium dioxide, a chemical frequently used by other non-dairy creamers to create a whitening effect.

Available at retailers nationwide and packed with flavor, Califia Farms plant-powered beverages are like no others on the market and use only the finest ingredients and artisanal processes to achieve guilt-free deliciousness. Califia Farms’ Almondmilks, ready-to-drink Cold Brew Iced Coffees, Almondmilk Creamers, Aguas Frescas, and Almondmilk Horchatas are all low calorie, dairy-free, soy-free, gluten-free, and non-GMO, and as of November 1, 2015, carrageenan-free.

Califia Farms will be sampling its award-winning plant-powered beverages at the Winter Fancy Food Show being held January 17-19 at Moscone Center, San Francisco in booth #1482.

About Califia Farms (pronounced “Cal-lih-FEE-ya,” like California)
Inspired by the bounty of California, Califia Farms’ (www.califiafarms.com) mission is to innovate delicious plant-powered foods for mindful nourishment. The Company is a leader in the revolution to de-commodify the food and beverage industry by creating innovative, healthy and great-tasting premium beverages that make it easy for consumers to go ‘plant-powered’ and dairy-free, without compromise. Founded in 2010 by a farmer’s co-operative based in the San Joaquin Valley and headed by beverage visionary Greg Steltenpohl, Califia Farms is a uniquely California company. Its Bakersfield, Calif. manufacturing plant uses artisanal processes to create healthy and delicious plant-based beverages, is eco-friendly, energy efficient and repurposes more than 90 percent of its post-production byproduct. Califia Farms is one of the fastest-growing natural beverage companies in the U.S., as well as the leading brand in the natural products coffee drinks category. In 2015, Califia Farms was named “Brand of the Year” by BevNet and a “Breakout Brand” by Beverage World in 2015. 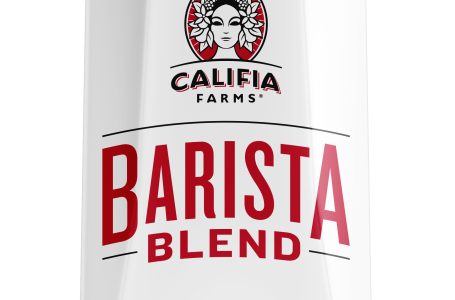