New York, NY (February 13, 2014) – Coffee Fest NY ’14 has just announced the list of those who will be competing in DaVinci Gourmet America’s Best Coffeehouse Competition for the 2014 eastern regional championship. The winner will be awarded one of six positions for the national championship in Portland later this year. The 70th Coffee Fest, tradeshows for specialty coffee since 1992, is coming to New York City at the Jacob Javits Center on March 7-9, 2014. The Coffee Fest show will have over 200 exhibition booths and 80 classes and workshops.

America’s Best Coffeehouse is a unique competition that creates a coffeehouse setting within the tradeshow where teams can recreate daily life in their coffeehouse. Competitors enter by submitting forms and a video of them in action. Three people form a team and work to serve the customers at Coffee Fest. They perform in a regular café setting and are judged on a number of aspects. They are judged on cleanliness, work flow, teamwork, use of time, and quality and taste of beverages.

Fan voting takes place during the preliminary round of the competition that allows other customers to join in on the festivities and root for their favorite coffeehouse. Attendee Customers at Coffee Fest are also taken into consideration through the use of feedback forms that mainly cover employee hospitality and judge on taste. Teams never know when they are making a drink for a judge due to secret customers that order and deliver drinks to another area where the technical judges are at. This helps judges know how consistent a coffeehouse’s beverages are.

David Heilbrunn, president and show manager of Coffee Fest, said, “Our competition benefits everyone from the customers to the judges to the coffeehouse and its employees. We offer the opportunity for coffeehouses to show new customers how they operate and experience what it’s like to visit them. They can also learn from the feedback submitted by customers they serve. The customer fudges are able to evaluate a number of new coffeehouses that they may never have been able to otherwise. The judges get to see who has what it takes to be the Best Coffeehouse and determine their consistency through the secret customers.”

Come be the first to know who has what it takes to win the eastern Best Coffeehouse Competition this year! You can meet the coffeehouse employees and owners personally and learn what makes their coffeehouse special. There will also be a Latte Art Championship along with the Best Espresso Competition. To learn more about Coffee Fest please visit www.coffeefest.com. 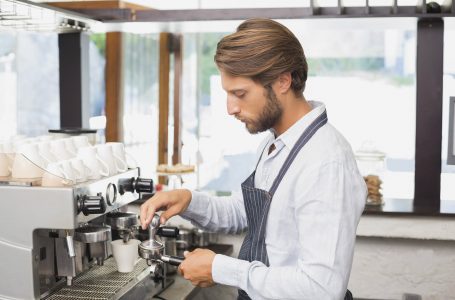 In an Empty West Village, A Lone...