Chicago, IL (March 17, 2015) – Now you don’t have to be a World Class Latte Art Maniac to get in the game at Coffee Fest. Anyone with a computer and a desire to win can play the Latte Art Bracket Challenge presented to you by Ghirardelli Chocolate.

Once the Coffee Fest Chicago Latte Art Bracket is posted on April 27 at www.coffeefest.com, everyone is invited to predict winners of each match, submit your completed bracket and get a chance to be recognized with top prognostication honors and wonderful prize packages from Ghirardelli. Brackets may be submitted at www.coffeefest.com from April 27 through June 4, 2015. All Latte Art Championship participants provide two photos of previous latte art for the application process. For each match you will be able to compare the latte art pictures of the two competitors to select who you think will win and advance.

You will be awarded one point for each correct prediction in the first round, two points for each correct prediction in the second round, three points third round, four points fourth round, etc. All submissions will be tabulated and the top three prognosticators will be recognized at the Coffee Fest Awards Ceremony on Sunday at 4:10pm at Coffee Fest.

“This is an excellent way for Coffee Fest fans around the country to get involved and share in the excitement,” said David Heilbrunn, Show Manager of Coffee Fest. Participants do not have to be attending Coffee Fest to join in on the fun.

Baristas competing within the live competition, employees of Ghirardelli and Coffee Fest may not submit a bracket.

For more information please contact Veronica Welch at (508) 222-4802 or at Ronnie@cwrpartners.com

About Coffee Fest
Coffee Fest has been celebrating coffee long before coffee was “hot”. In 1992, they gathered coffee professionals together in Seattle for their first coffee festival. After several years of hosting thriving consumer events, Coffee Fest turned its focus toward the specialty coffee, gourmet tea and alternative beverage industry bringing retailers, distributors and manufacturers together for its first retail “trade only show” in 1998. With a mission to help attendees build and refine their specialty coffee businesses, they coupled a relevant educational program with a friendly, informative, and enjoyable trade show floor creating a successful show that serves as a touchstone for many in the specialty coffee industry. Today Coffee Fest produces three trade shows annually, strategically positioned in the eastern, central and western United States.

About Ghirardelli
In 1849, during the California Gold Rush, Italian-born Domingo Ghirardelli moved to America and opened a store in a mining camp. After discovering the miners were starved for luxuries and needed something to spend their gold dust on, he starting stocking chocolate delicacies. In 1852, the enterprising immigrant founded a confectionery shop in San Francisco, which eventually became the modern-day Ghirardelli Chocolate Company.

Today, we are America’s oldest continuously operating chocolate maker. Our products are sold in stores everywhere and online, and we also have our own chocolate and ice cream shops across the country. We continue to build on our rich tradition of quality products and innovation, from the launch of our now-famous filled SQUARES in the late 1990s to the 2014 debut of minis chocolates, a shareable, on-the-go treat. 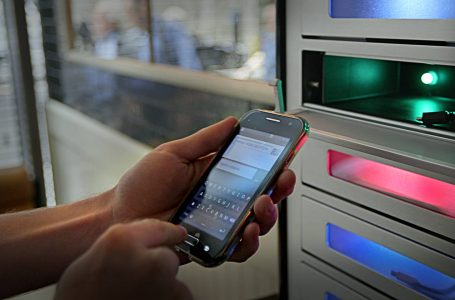